How DeskTime helps one team maintain its productivity at 87% 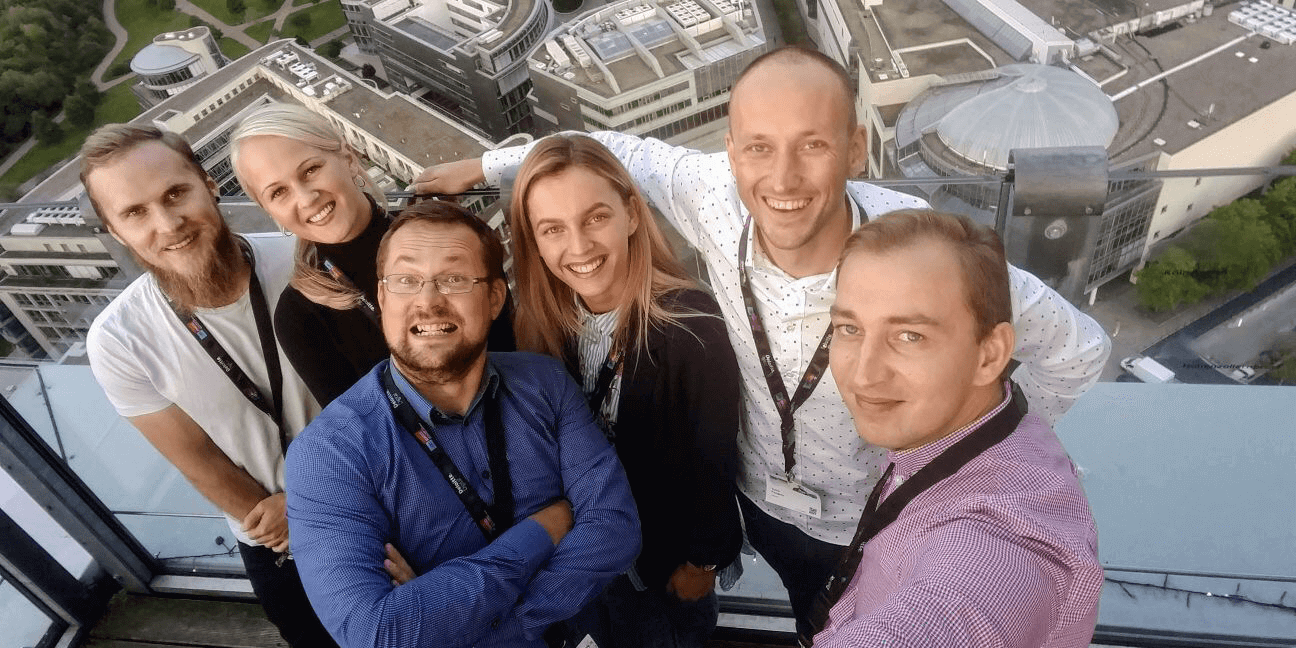 "Being able to know where my employees are and how they're doing has always been important to me," says Toms Panders, the co-founder and CEO of Setupad.

Setupad is a marketing and advertising company based in Europe. The team of 6 is split among two locations in two countries, which, according to Toms, makes many everyday team managing tasks challenging.

"With two offices in different countries, it’s physically impossible to be in two places at once. As soon as we opened our second location, team management became a challenge, and I started to feel that I'm losing control over what's going on in the company."

That's when Toms decided to look for time tracking and employee management software.

"As a manager, I wanted to know if my employees are at work and if they're working on the right tasks. But how do you do it when you're located in another office, hundreds of kilometers away from your team members?

Of course, I could have asked my employees every day: "Hey, are you at work today? are you in the office today?" But that would be just annoying! I didn't want my team to feel insecure, and I didn't want to come out as a control freak.

I made a decision to use a time tracking software that would let me unobtrusively check on my team and see if my employees are at work during our office hours."

Before choosing DeskTime, Toms tried other time tracking software. In the end, he went with DeskTime for several reasons:

"I personally tried some time tracking software to understand how each of them works and what data each app gathers. What I was looking for was software that would punch in employee arrival and leaving times, as well as track computer using time.

After some research, I decided to stick with DeskTime. It had all the features that I was looking for, such as app and URL tracking, reports, etc.

With DeskTime I was able to see how productive my employees are and how much work time they spend on work-related applications - that’s something many other time tracking software didn't have."

In the meantime, it was important for Toms that his team didn't perceive DeskTime as a ‘big brother’ app. So, they mutually came up with a solution that kept both sides satisfied:

"I never intended to scrutinize every online activity of my employees. In fact, I never forbid people from using apps that are considered unproductive, such as Facebook, Twitter, Amazon, etc.

We simply agreed that when anyone wants to check their social media or browse online shops, they do it on their mobile devices. That is, at Setupad we use PCs for work and mobile for pleasure."

Toms says time tracking is most useful when a new team member joins the company. It lets him keep a closer eye on the newcomer, see how the person is doing and if he/she is eager and determined to complete the given tasks. That way, DeskTime lets him understand if the new team member will fit into the startup's hard-working culture.

"In some way, DeskTime helps build trust. If I see the employee is productive, doesn't sneak out early without saying anything, and work on things we've both agreed on, I can rest assured I've hired the right person.

Besides, DeskTime has the option to compare employees. That lets me compare my new hires with existing team members, which gives me a better picture of how the new employee is doing. It helps me determine if the new team member is delivering results, or if he/she is struggling and may need some additional training."

DeskTime is for motivated teams

Setupad has been using DeskTime for two years now, and since its implementation, the team's productivity has never been under 80%. Needless to say, Toms is happy with the result.

In the end, asked if he'd suggest DeskTime, he says:

"I would suggest it for companies interested not just in basic employee monitoring, but for those looking for more detailed employee performance analysis. Most importantly, it's necessary that you not only collect data but also analyze it and work together with the team to improve the results."