What happens if I start earlier or end later than the shift times?

Each shift has a 15-minute 'buffer' period applied to the arrival and leaving times. Starting or ending work within 15 minutes of the shift's time will still count towards the shift in reports and other statistics. 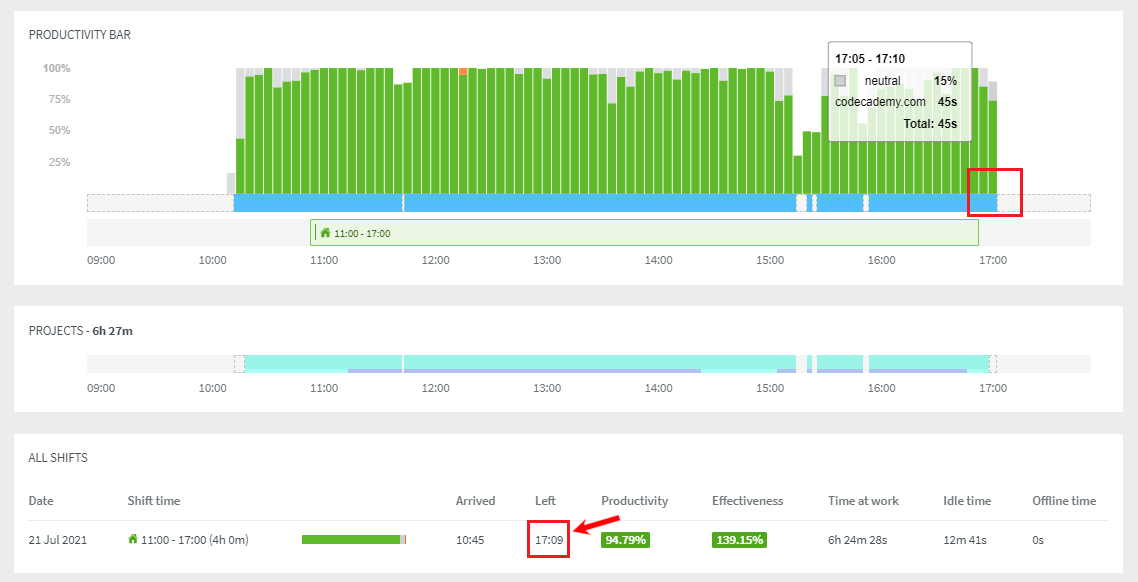 Starting later or leaving earlier than the appointed shift time will show arrived/left time in red in the My Desktime section.

Data about employees being late or leaving early can be found in the Reports section.