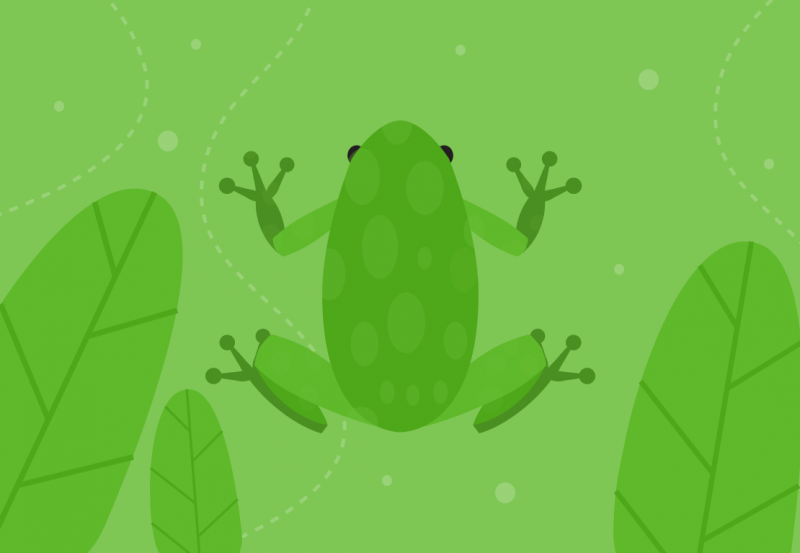 Mark Twain once said that if you eat a live frog first thing in the morning, you know that the rest of your day will be better because the worst is behind you. After all, you’ve already eaten a live frog, what’s the worst that could happen?

Author Brian Tracy applies this same theory to productivity and business. But of course instead of “eating the frog,” he suggests to “complete your worst task.” This can be an assignment you’re dreading, a major project with a tight deadline, or a high-priority task that’s giving you anxiety. Whatever it is, do that one thing at the start of your day.

Eat a live frog first thing in the morning and nothing worse will happen to you the rest of the day. – Mark Twain

Morning is a friend to your productivity

It’s hard to focus on other tasks when there’s something else in the back of your mind that’s stressing you out. Getting your most dreadful assignments out of the way first thing gives you a sense of relief, making the rest of your day more productive as a result.

Research suggests that we have more willpower in the morning. As the day moves forward, you become more tired and exert less self-control. Willpower is a finite resource, so mornings are the optimal time to tackle the most dreadful assignments.

Don’t trust yourself to swallow your “frog”? Here’s how to prepare your mornings for maximum productivity:

And if you have more than one task you’re not looking forward to? Take the frog metaphor a step further. As Brian Tracy says, “If you have to eat two frogs, eat the ugliest one first.” In other words, if you have multiple projects, start with the biggest, most complicated ones first and work your way through them. As your self-control dwindles, you’ll have already tackled your worst assignments.

Swallowing your frog, or finishing your most dreadful or important assignments first, will give you the productivity boost you need to get it done.

However, sometimes the “frog” can be a “real toad” and hard to swallow even for an experienced frog-eater. You know the feeling—when you’ve got this crazy task to be done, it suddenly feels like you’re frozen, completely unable to “let it go” and unable to start doing anything to move towards the finish line? Don’t worry, there are a few more techniques that can be used to help in dealing with the least favorite work tasks ever.

1. Divide the task into smaller parts and develop a positive addiction

The first tip that may be useful when dealing with an overwhelming workload is dividing Mr. Big into smaller parts. You know how they say that it’s better to take one thing at a time? It definitely applies to difficult tasks. So instead of having a “complete the X project” written on your to-do list, break it down into smaller consecutive parts that can be done one by one.

By using this approach you’ll feel less overwhelmed with the extent of the work, as it’ll trick your mind into thinking of small tasks that can be accomplished easier rather than the mission impossible. You can also cross out the things that you’ve done from your task list—this approach will bring you a sense of accomplishment, motivation to move forward (as you’ll start to see that the task is developing), and a great overview on the whole big project/task X situation.

Besides, as Brian Tracy has explained, our brain can develop a positive addiction “to endorphins and to the feeling of enhanced clarity, confidence, and competence that they trigger”. That means once you start to deliberately move towards completing smaller tasks, the brain starts to get used to the joy that accomplishment brings. And on an unconscious level, it begins to organize your daily routine in a way that more and more tasks are completed. Over time and without noticing, you’ll become addicted to your success and contribution in a very positive way.

2. Be honest with yourself and set realistic goals

Another useful tip for eating the frog is not falling into the trap of setting unrealistic goals.

Similarly to the previous tip, this one refers to your mindset and brain. We all tend to fall into the trap of perfectionism by overestimating our abilities and thinking that a week’s workload can be done in two days. Well, it can be sometimes, but low-quality results and nervous breakdowns caused by stress aren’t what we aim for, right? Instead be honest with yourself, accurately estimate the amount of time you’ll need to accomplish everything that needs to be done and set a realistic deadline.

There’s another trick that our mind plays on ourselves when it comes to completing unpleasant tasks.

Whenever we’re starting to do well and things feel like they’re heading somewhere, our mind may suddenly want to hit the brakes. It feels like everything’s under control, there’s plenty of time and we might as well scroll through social media feed instead of working. But—alert, alert, it’s a trap and procrastination is around the corner! So, instead of lying back, keep moving forward even if everything feels under control and it seems like the task could be completed a bit later. “Later” can easily become “never”.

If Mark Twain had lived in the 21st century, he probably would host a productivity-boosting podcast with the slogan: “The secret of getting ahead is getting started”. Luckily, our brain is like a muscle that can be trained, so once you’ve found your specific “frog”, make it a habit to deal with it first. How to begin? Well, just get going!