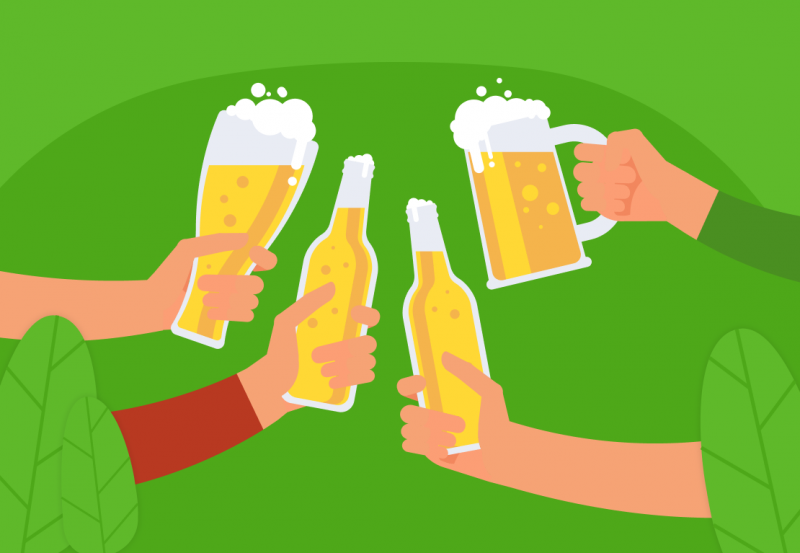 Well, I tried, here are the results.

A while back I came across research done by the University of Chicago. They found that drinking two beers helped accomplish creative tasks. Their reasoning was that it broke down barriers of critical thinking and helped them think outside the box to reach more solutions to the problem solving task they were given.

Here’s a table of how many correct answers each team was able to give: 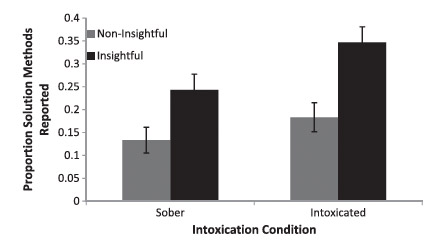 As someone who does a large amount of creative writing on a daily basis, this was a statistic that I contemplated and bore in mind.

As I carried on with my daily tasks, it hit me. That one task, that one piece, that no matter which angle I approached, just couldn’t get done. And it’s one of those things that saps your energy, your motivation, when you’re stuck in a rut and unable to find the ladder out.

I tried everything. From taking a break, changing up the environment, taking a walk, writing it out on paper. Nothing worked. Then I turned to the last resort, last ditch attempt to make it happen. To try out the beer theory.

The study said that the productivity level was increased when the blood alcohol level was at 0.07, or approximately the amount of two beers. So off I went to the store. I chugged the one beer immediately, and took the second beer to my computer to casually sip as I worked.

The effect of beer on writing – strangely liberating

I sat down to attack my task – writing a lengthy blog post for a picky client. The first beer was already kicking in. As I approached the keyboard, my hands seemed to instantly know what do. All of a sudden all of the barriers that were keeping me back before hand, which seemed to be so insurmountable, came crashing down. Words flowed like the river Thames and my article quickly took shape.

But when the second beer started to kick int, the ability to concentrate began to fade. Sentences became disjointed – ideas, non-sequitur. It was time to throw in the towel.

The result – a solid wave of productive work, followed by a total crash

Within 45 minutes of working I had over 1000 words of new content I had written – about two pages worth. Admittedly, it didn’t have an ending (due to the tipsyness of having that second beer), and required a good deal of polishing. But all in all the process opened the door to being able to put down the largest chunk of work that had to be done.

This brings to mind Ernest Hemmingway’s thought as he famously put it: write drunk, edit sober.

Based on the study done by the University of Chicago, this doesn’t apply only to writing, but to any creative problem solving. Next experiment? Try this out with programmers, designers and project managers and see what happens.

Conclusion – ride the wave while you can, but don’t expect more

If you’re looking to deal with a big problem you’ve been working on, of if you’re looking to find a new, creative way to solve a problem, or make a big push on a project you’ve been stuck on, then you may very well find that the beer technique works for you. But this is very much an end-of-the-day option, not to be done from the very morning. Because after an hour of work, it’s very likely that you’ll just want to head over to the closest happy hour.