Every year thousands of hours are wasted at work. A study by Salary.com found that according to 26% of employees surveyed, the Internet is their number one distraction.

While web is a critical business tool, its misuse in the workplace could cost businesses more than $178 billion annually in lost productivity, as calculated by Websense. Your Facebook check doesn’t sound that guiltless anymore, huh?

2014 hasn’t been any different. Even worse – last year workers were wasting more time than ever, as found by Salary.com. And our data reveals the biggest time wasters you can blame for not getting things done:

This probably doesn’t surprise you at all. Neither the fact that Facebook is the absolute leader with 47.6% of all time wasted on social media sites. Relatively, Youtube as the runner-up has taken 19.9% of your unproductively used time in 2014.

While it’s scientifically proven that social media can improve productivity if used for knowledge sharing or communicating with customers, they’re still considered unproductive. It has been found that social networking is not only addictive, but also an untrustworthy source for information gathering. As a result, the time employees spend on social media can almost never guarantee effectiveness.

‘’Social networks are social, not productive,’’ writes Jonathan Erwin. He claims that people tend to get too social, too engaged into conversations, and other people’s activities are too visible, so our attention is constantly distracted. That means that the core idea of social media turns out to be the biggest productivity killer. At least according to Erwin.

Two years ago, in 2013, Salary.com ranked news sites the biggest time-wasters at work, placing them before social networks. According to our data, last year they switched places – news was the second biggest time suck in 2014. 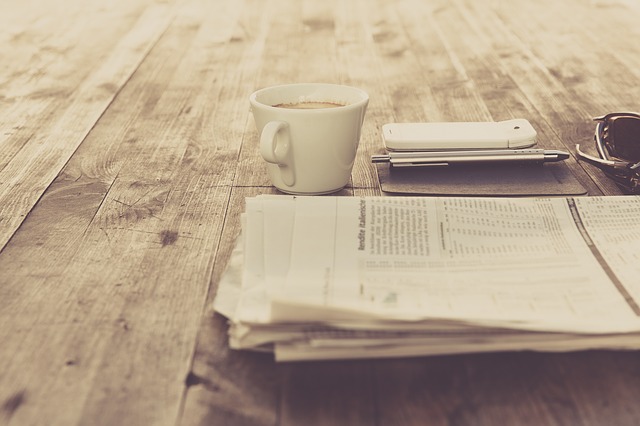 Reading news can definitely increase workers’ effectiveness. It provides a mental break from the workplace that helps employees zone out and improves concentration, while being informed about the latest business-related events can make us more effective. What makes us unproductive, though, is our reading habits. Daniel Miessler explains:

We wander back and forth between our main sites – refreshing each one multiple times per day, or even per hour. This approach is guaranteed to leave you 1) feeling frustrated, and 2) far less productive.

To change our ineffective news reading habits, Daniel has developed a system that uses David Allen’s Getting Things Done time management method to maximize news reading. The ideas is to create a trustworthy system of news sources that would let you rely on the information you get from these sources, that way skipping the wandering around the news portals. In other words, this approach makes you feel informed enough, while reading less.

Lost in your inbox

Remember when emails were considered productive? Nah. Because today emails are one of the biggest time sucks of all. Productivity experts note that 80% of emails you receive daily bring no value to the company (or you!). Thus, employers who’ve marked email as an unproductive activity seem to have found the way to encourage workers to spend less time in their inboxes. And with a very sound reason!

A study by a psychiatrist at King’s College in London claims that email is a bigger productivity killer than marijuana. They found that workers distracted by email and phone calls were almost twice as less able to focus than workers who were intoxicated.

But don’t blame technology for making you unproductive; blame your habits. We somehow feel the urge to react to every activity in our inboxes, and that’s where the problem lies. Such distractions numerous times a day can have a profound effect on productivity, especially because it can take on average 20 minutes or more to get back into the workflow. No wonder you find it difficult to focus and get stuff done.

It’s rather naive to hope that the New Year’s resolution to waste less time at work has a chance to stick throughout 2015 (we already tried that last year). Instead, here are three concrete actions you can take to become a more productive employee:

Set your time wasting limits and track your time

A few minutes a day is okay and gives our brain a break from the workplace. Yet, if you’ve been spending too much time on social media, log out and make a conscious decision to avoid opening it for the rest of the day. How much is too much is up to you. Meanwhile, it’s important to have that specific limit as a starting point – later you can use it to make conclusions about your internet using habits.

This method sounds suspiciously simple, yet the author claims it’s highly effective. So maybe it’s worth a try! Select quality and trustworthy sources, then choose items you’re interested in and pay full attention to reading. Finally – archive the articles you found especially worthwhile. Tip: if you’ll spend enough time on selecting the sources, the next steps will be a piece of cake!

Use plugins to make your inbox a better place

There are various plugins that are designed to help you become a more effective gmail user. For instance, Unroll.me can help you avoid email overload by blocking messages you haven’t subscribed for. While the Mail Timer for Gmail is a timer that lets you know that you’ve spent too much time on an email, and need to move on. The good news is that most of the plugins are free, so take advantage of them!