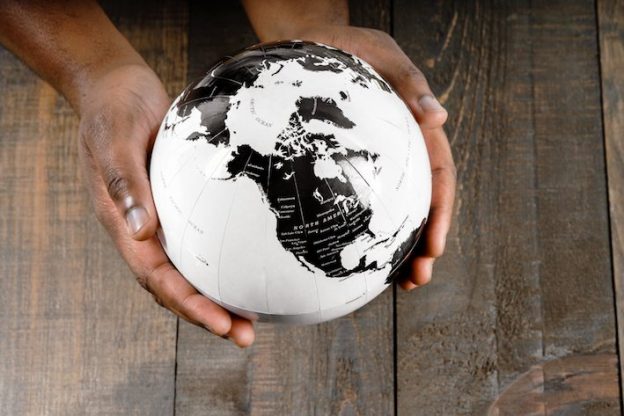 Psst! The latest DeskTime stats on employee productivity and efficiency in 2020 can be found here, in case you want the freshest data.

We’ve collected and compared data that shows us the most productive and unproductive countries in the world, based on their DeskTime productivity metrics. That is – the amount of time spent at work and the ratio of productive vs. unproductive apps they use.

We considered countries that had 100 DeskTime users or more, to achieve statistical significance. Of the 105 countries using DeskTime, 67 qualified under this criteria, making a total of 768 companies participating in this roundup.

So what are the most productive countries in the world, and which programs do they use?

Top 10 productive countries in the world

The results are in, here are the top 10 most productive countries in the world, along with their productivity percentage:

Ireland has made a name for itself as a productive country. Not surprisingly, DeskTime data is consistent with OECD data on productivity, with Ireland being an obvious frontrunner. Ireland is known for having a comparatively small workforce (when compared to populous countries such as China, India, and even the USA), but providing a high amount of value to the GDP per capita. One employee in Ireland provides €1,028 per week to the national wealth.

The countries coming in with the lowest productivity rating are:

Perhaps the most surprising of all is the #1 spot – and how it is that Japan, a country known for extremely long work hours and working their employees to exhaustion, can be at such a low productivity measure.

The answer is uncovered by this anecdotal summary of the Japanese working culture, provided by an American entrepreneur who worked in Japan:

In Japan, the expectation #1 is you’re at work for many hours. You show up before your boss arrives and you go home after he leaves.

But when you’re at work you’re not expected to look for things to do. Your boss will tell you when he needs you to do something. If he doesn’t come by and give you a task it’s perfectly reasonable to sit at your desk and do nothing.

This certainly explains the large difference between amount of hours worked vs. the amount of productive applications used ration, which is the foundation of the DeskTime productivity score.

Most-used apps and websites at work

Our of interest, we’ve compiled the programs used most at the 768 companies surveyed. Here are the results:

Seeing the most popular email engines in the first two slots comes as no surprise – over 269 billion are sent globally every day. It’s estimated that the average office worker receives between 88-151 emails per day.

As a result, we’re conditioned to check our email – a lot. So much so, that email is, in fact, becoming the crux of our productivity. One study showed that 40% of surveyed individuals check their inbox up to 20 times per day. Another found that millennials check their phones on average 151 times per day – if email notifications are turned on, then they also become aware of what’s incoming in their inboxes.

However counting email as a productive application is debatable. Checking email is merely productivity in disguise. By constantly checking mail and returning messages,  though you feel like you’re doing work, you’re really in recactionary mode, rather than proactive mode. One study found that it takes on average 25 minutes to be able to re-focus on the task at hand after an interruption. Therefore, by letting yourself compulsively check your email, you’re essentially self-sabotaging your own productivity.

The solution? You can fight against the unproductivity of emails by simply switching the status of email to “Unproductive” or “Neutral” in your DeskTime settings. That way, you can start to see email for what it really is.

Go to Settings -> Apps productivity and check the apps for which you want to change the productivity settings. Assign the new productivity level, click Assign, and you’re done.

As expected, Facebook, the most popular social networking site takes the top spot in the list of most used unproductive apps. Other social media sites on the list include Twitter, Whatsapp, VK.com and Telegram.

The list of unproductive apps reveals an interesting tendency – a significant of amount of time spent consuming video media content at work, based on the Youtube, Netflix, Windows Media Player and VLC being on the list. In fact, 37% of individuals from around the world have admitted to watching video streaming services at work.

Does any of this data surprise you? Comment below and let us know which countries you think should be in the top, and why.