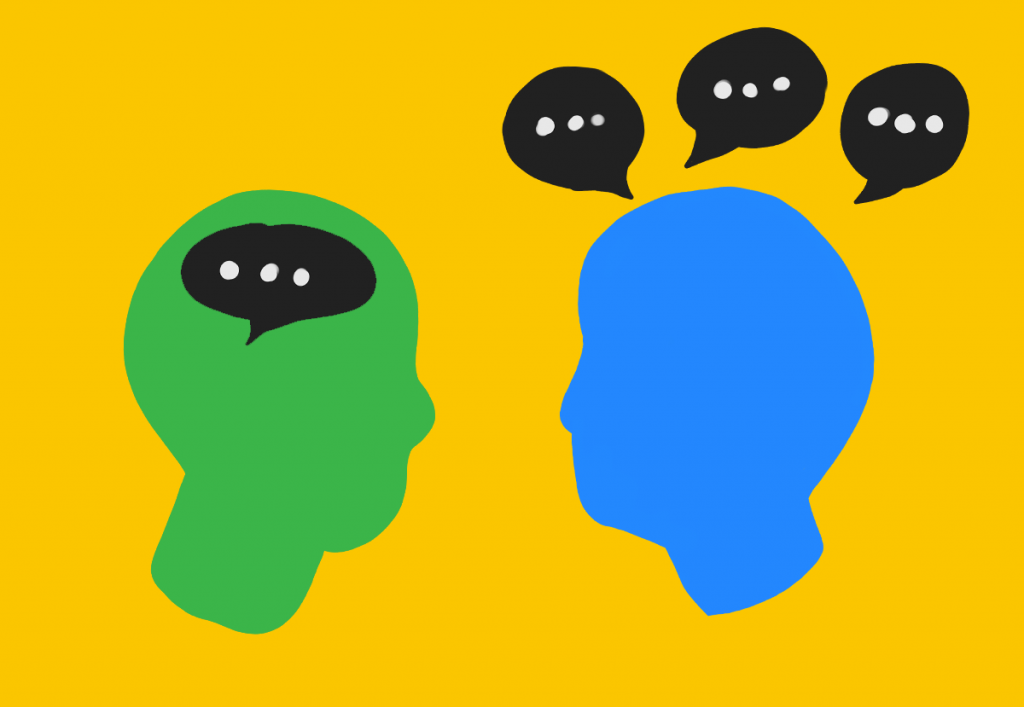 Have you ever thought about whether you are an introvert or an extrovert?

Or perhaps – have you wondered about which one of the two is more productive?

If that’s the case, the following is bound to fuel your curiosity even more. As indicated by the most recent DeskTime’s survey, introverts seem to be the more productive breed of the two.

Here’s how we got to this conclusion:

We asked our DeskTime top most productive users to answer a question – do you consider yourself an introvert or an extrovert? The survey aimed to find which of the two personality types is more productive.

61.45% of DeskTime’s top productive users said they’re introverts while 38.55% responded that they’re extroverts. The results let us assume that office workers that get the most done are more often introverts than extroverts.

Originally popularized by Carl Jung in the early 20th century, both terms initially had quite a different meaning to them.

Jung’s idea was that both of these terms stand for polar extremes and that most of us actually tend to sit someplace in the middle. Despite that, the meaning of these terms got increasingly more misinterpreted over the years. Today, we tend to think that everyone belongs to just one of these two extremes.

While we’re likely to align with one of the two camps, the truth of the matter is that the majority of us stand in the middle. In other words, the better part of humans are ambiverts.

A recent study shows that our genetics might actually play an overlooked role when it comes to determining which of the two types we belong to. In other words – both introvert and extrovert tendencies can be inherited. So, if you display strong introvert tendencies, but have always wanted to be an extrovert, there’s no reason for beating yourself up. Chances are – you never had a choice in the first place.

Why are introverts considered more productive?

Introverts typically aren’t considered the top guns in the office environment.  In fact, they are likely to skip on the be office parties or, if they eventually mustered the willpower to attend, they’re likely to leave early on.

But don’t underestimate them because of their penchant for solitude. These people don’t need much hand-holding when it comes to learning new professional skills, something that’s quite the contrary when it comes to extroverts. On top of that, introverts tend to think outside the box – a priceless asset in any modern office space.

At least 40% of today’s leaders are introverted!

Here’s how to make introverts to work at their full potential.

One: give them space.

Create a conducive work environment for your introvert by adding some quiet room space or by giving them some sound-isolating headphones. You’ll be amazed by what they can accomplish if left alone.

Two: give them tasks that require attention to detail.

Introverts prefer structure and predictability. Be clear and precise with their goals. Make sure they get weekly updates on the upcoming week’s goals.

Four: remember that introverts don’t fancy up and front center.

So, make sure to reward them for good contributions quietly and away from the public eye.

But what about extroverts?

There is no office with just introverts, which means – you’re bound to encounter and interact with both of these types. So, what should you know about the extroverts?

These creatures gain energy from other people’s company. In practice, this means they recharge by being social. Extroverts usually enjoy spending time with others, especially after a hard long day at work. They are very outspoken and feel at comfort in large crowds.

Why are extroverts valuable employees? For one reason – for a business to grow, it needs a large networking pool. Extroverts are naturally excellent when it comes to building one. They know how to establish and sustain relationships, whether it’s with your clients or within your team.

Here’s how you should work with extroverts to help them excel:

Extroverts love adrenaline, deadlines, and working under pressure. Give them work that will make their palms sweat.

Two: put them in charge.

Extroverts love being in charge. They get motivated as well as inspired when leading other people. Give them more responsibilities.

Instead of monitoring their every movement, give them a little bit of freedom. For instance, try out remote work flexibility, tracking the hours of your employees via DeskTime – a time clock app that’s designed to help make the best of every hour spent on work.

Keep in mind that extroverts seek attention, especially when they succeed. Make sure to recognize their good work in public as they thrive on approval from peers and bosses.

Extroverts want everyone to hear them and know that they are present in the room. Make sure to ask for their opinion, from time to time, and you might get amazed by what they are capable of.

Throughout our lives, we are bound to encounter both extreme introverts and extreme extroverts. Understanding the differences between these individuals will facilitate better relationships between them and help to maximize their professional performance at work.

Trying to stay aware of the personality types around you, noticing small behavioral patterns that could help distinguish extroverts from introverts, is more than just a mere recipe for conquering new heights in the business world.