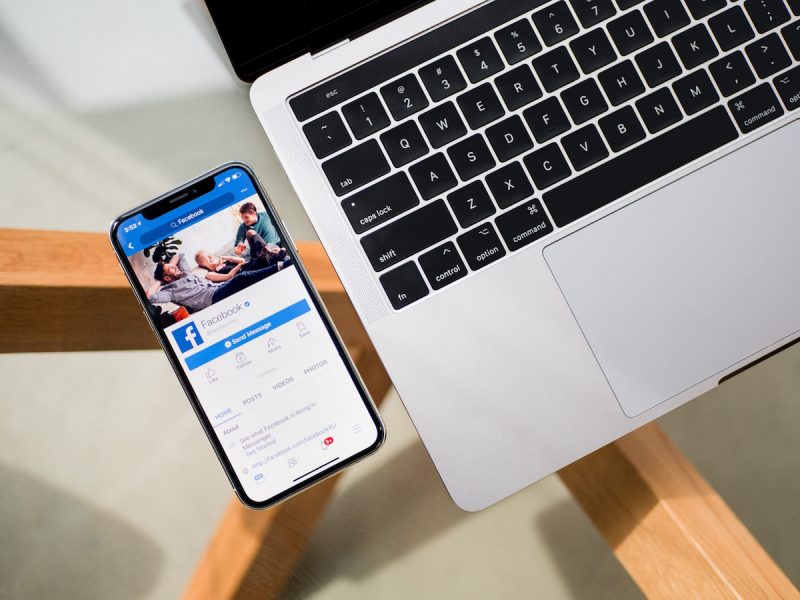 I never saw Facebook as a harm to my productivity. Until one month, after checking my time tracking data I realized that I had spent 13 hours and 21 minutes of my working hours on Facebook.

That’s more than 40 minutes every working day spent browsing the newsfeed, checking random profiles and giving thumbs up to every new status update that came up.

That was also the month I spent every second day working overtime and feeling burned-out. After my discovery, I blamed Facebook. So I did what everyone would’ve done in my place: I blocked the newsfeed.

Last week I found myself working overtime again and had a flashback to that day almost half a year ago. So, out of curiosity, I opened my productivity app again.

Here’s what I found:

Since the day I blocked the newsfeed on my laptop (in February 2017), the time I wasted on Facebook had decreased by almost 2 times. For the past half a year, I’ve spent on average 5 hours and 34 minutes a month on Facebook. In comparison, I used to waste 10 to over 13 hours before. 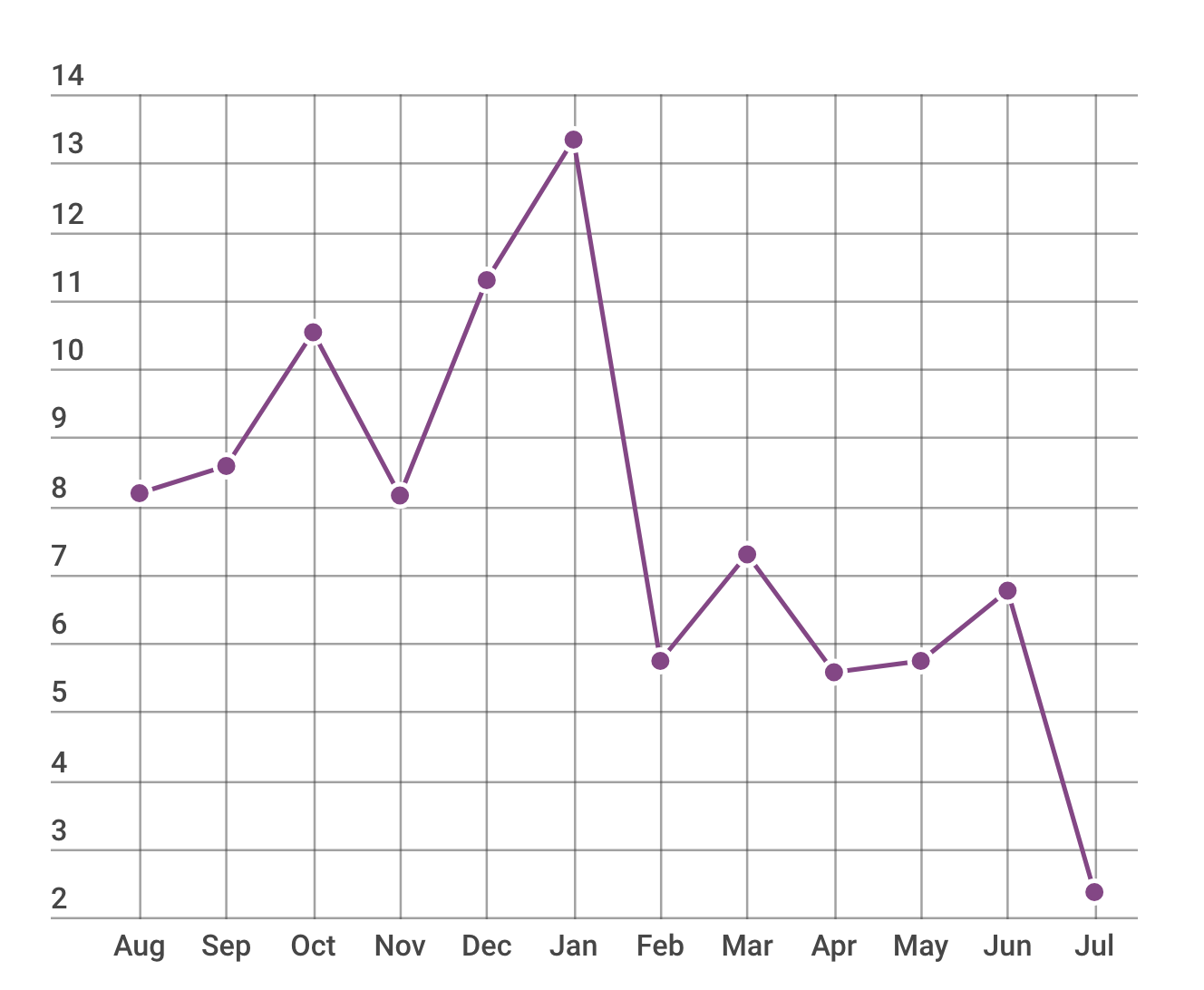 I asked my team at DeskTime to gather data about the biggest time wasters at work. It turned out, I was far from being the only one who couldn’t handle social media at work.

The data that was collected from over 17k users, revealed that social media is hands down the biggest time-waster at work.

From the time spent on work-unrelated websites, social media takes up 49.1%. It’s followed by video streaming websites with 35% of unproductive time spent on YouTube and Netflix (yes, watching movies during work is a thing, apparently!) Shopping websites rank third with 3.8%. 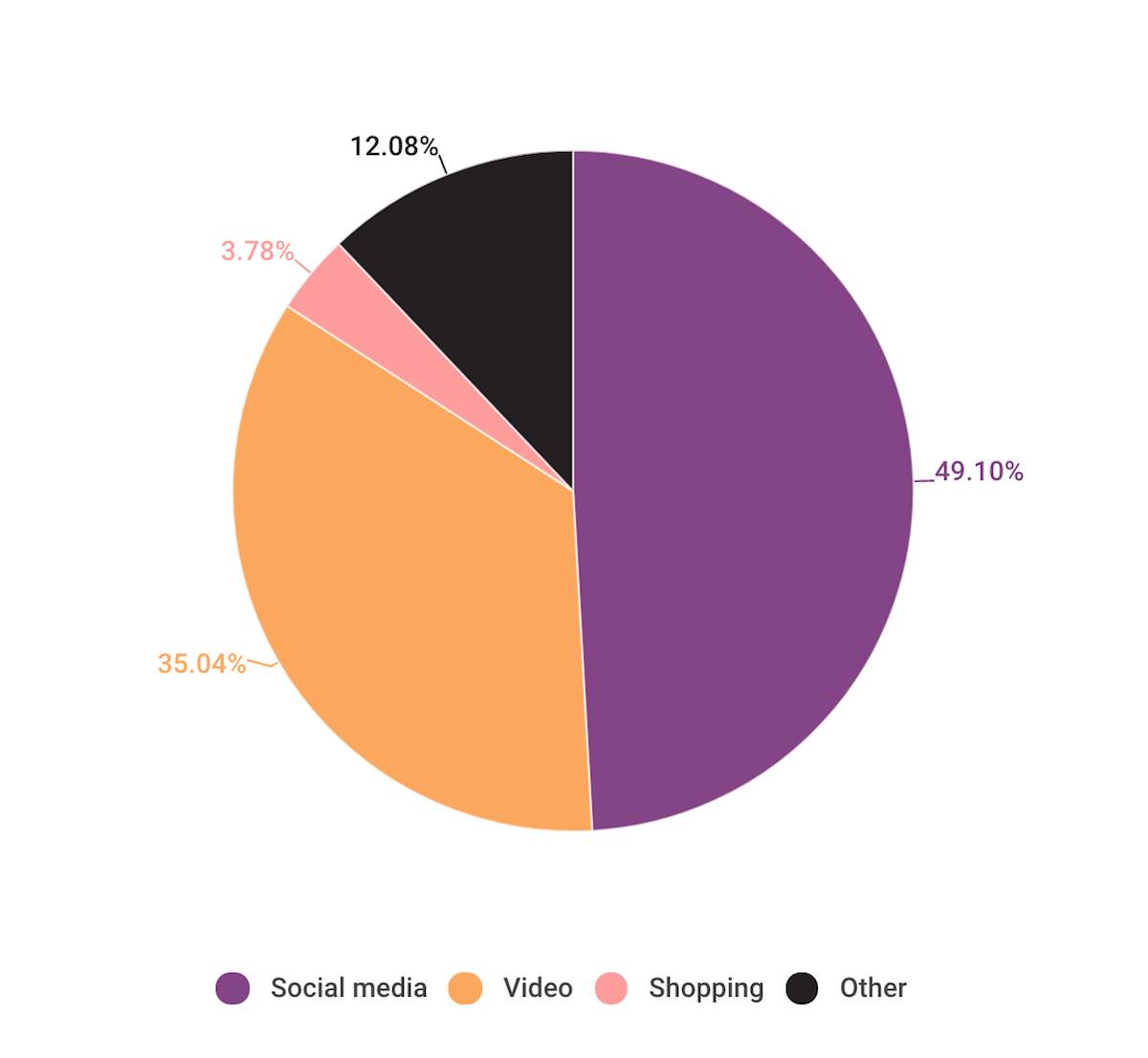 Now looking at the graph, the results don’t really surprise me.

Social media platforms are built to make you spend more time on them. Think about it: Facebook’s newsfeed is never-ending – as soon as you reach the bottom, more posts are loaded in to keep you scrolling. As a result, you’re kept entertained and you don’t even notice how much time you lose.

In my case, 10 to 13 hours a month might not sound that bad, however over the course of one year, that’s hundreds of hours. And it’s not just time that’s getting lost in the never-ending scrolling, it’s also your focus and motivation.

Discover your unproductive habits! Get started

Social media and their notifications are extremely distracting

A study by Florida State University suggested that receiving notifications is as distracting as responding to messages or answering phone calls. That is, even if you ignore your Facebook notification and keep your eyes on the task, your mind is already distracted and focused on the fact that there’s something happening, and your performance suffers.

If you’re not ready to block social media at work for good, at least turn off notifications and alerts – both on your laptop and phone. It can take up to 25 minutes to get back on track after a distraction. Thus, by keeping notifications on, you’re losing hours of your work time every day.

Social media can also be blamed for bad mood and loss of motivation.

One study that surveyed 1787 people from the USA between 19 and 32, found that the more time they spent on social media every day, the more depressive they became. In other words, people who spent the most time on social media sites felt more hopeless, worthless and helpless. 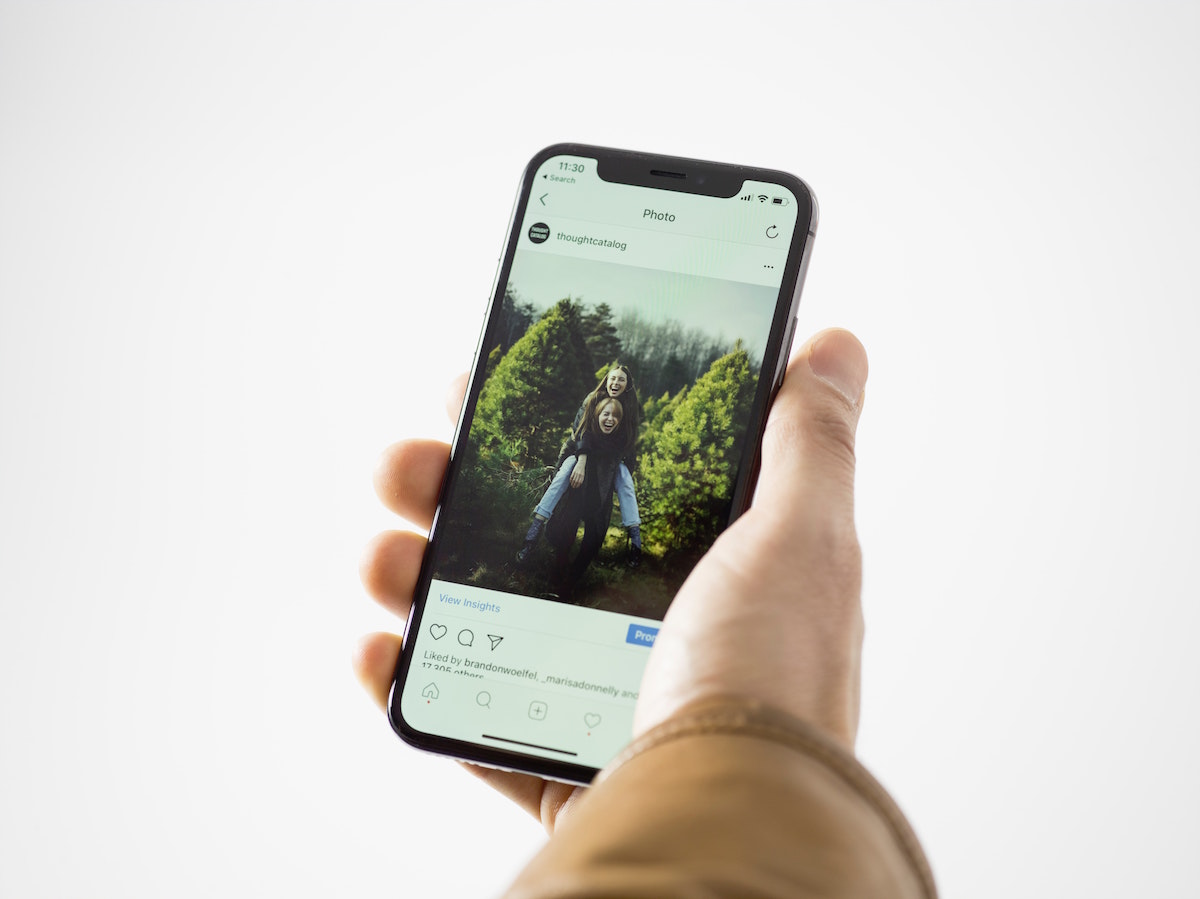 Looking at friends’ perfectly polished photos and always cheery status updates doesn’t make workers any happier and more productive. On the contrary, they make unrealistic life expectations, which results in loss of motivation, inability to focus and, coincidentally, low productivity.

What I’m saying is: besides being the black hole where productive time gets lost, there are many other reasons why social media is not the best thing that has happened to modern workplaces. And while there might be pros and cons of using social media during working hours, the truth is – the cons are much more obvious.

So, instead of trying to control your urges to check each notification and answer every message that comes in, try to block Facebook and other social media websites while at work. You may end up not only more efficient at your job, but also happier and more satisfied with who and where you are.

And if you need a break from work, remember that there are better and more productive websites to spend that short break on. Or better yet, spend your break away from the computer.