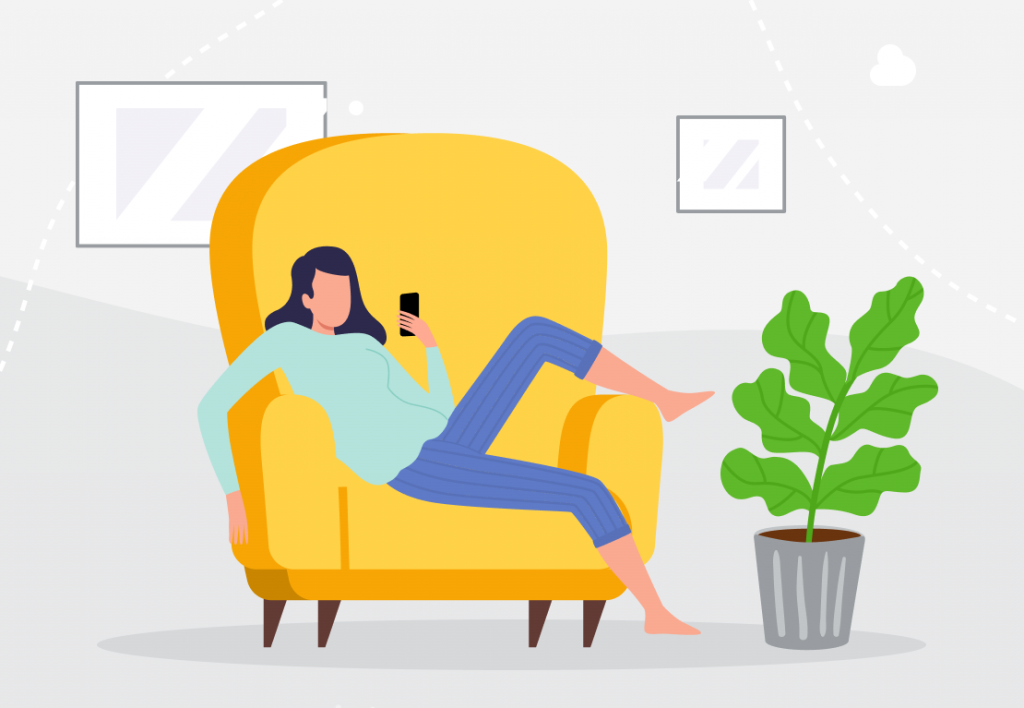 We all have that one guilty pleasure – the No. 1 distracting app stealing our time at work and sabotaging our productivity. What’s interesting about unproductive apps is that we don’t all share love of the same time thieves. While social media is generally considered a major distraction, some of us are way more hindered by, for example, constant email checking or obsessively reading the news.

We were intrigued by differences in distractions and the potential meaning behind them, so we explored what the most used distracting apps may say about people. Ready to find out?

If your most used distracting app category is social media

In 2014, DeskTime conducted a study exploring people’s most used distracting apps, and social media was on the top of the leaderboard, with Facebook as the clear favorite. Since then, social media apps have only increased in popularity – there are 3.78 billion social media users worldwide in 2021, and the number keeps growing every year.

For some employees, social media is part of their work responsibilities. But what other reasons push workers to use social media apps at work?

People often turn to social media at work out of boredom

We all have days when we don’t feel like doing anything at all, and that’s ok. But suppose you find yourself constantly drifting into the seas of social media and reaching the shore only after a decent time of scrolling. In that case, it may indicate that there’s some incompatibility between you and your professional duties.

Are you satisfied with your occupation, or is it time for a fresh start?

Maybe you’re too accustomed to your current responsibilities and could use some new professional challenges at your workplace?

Distracting yourself from work with social media could indicate that some change is needed to make your days at work more inspiring and exciting. Talk to your company’s HR specialist or your manager – there might be an easy solution that can add more drive to your workdays. Or perhaps you need to set some new career goals to add motivation to your professional life.

You may argue that social media helps you recharge and take a mental pause from work. Though it could be true, there are some healthier ways to spend your breaks that also include giving your eyes a rest:

Nothing helps ease mental load as effectively as physical activity. We’re not talking about switching your lunch breaks for 5K runs (though, if that’s you, all the power to you!). Even getting up for a brisk walk or stretching your body will do magic and get your brain working.

While social media apps are also used for socializing, a real-life conversation is a great way to give your eyes a break from screens AND socialize. Besides, occasional chats can improve your relationship with colleagues and increase workplace satisfaction levels.

Hydration and proper nutrition are the real deal for one’s well-being. Switching social media apps for a glass of water when you’re at work will help you reach your daily water intake goals, and healthy snacks can significantly boost productivity.

If email is among your most used unproductive apps

While having email on the list of unproductive apps may seem surprising, it’s really not.

Email is, without a doubt, an effective tool for communicating. But it also significantly hinders workers’ productivity  – 23% of an average employee’s workday is occupied by checking their inbox.

The thing with email is that it falls into the category of reactionary workflow – acting in response to what’s incoming instead of being proactive with your energy.

Due to living in times of instant connectivity, many professionals have subconsciously adopted the reactionary workflow. As a result, responding to messages and requests has taken up a large part of people’s workday resulting in poor focus and significantly lower productivity levels. While email isn’t the only reactionary work employees engage in, it’s surely a significant part of it.

If you’re among those who do their best to respond to every call, message, and request at work, you’re probably caught in the reactionary workflow too. Even though it’s more of a mindset, not a habit, and shifting it takes a long time, it’s definitely worth it.

Additionally, email is among distracting apps due to the illusion of productivity it creates. As explained by author David Burkus, people tend to feel more productive when they’ve cleaned out their inbox, even if it doesn’t contribute to the actual work they’re supposed to do. Ieva Sīpola, content writer at Truesix, comments:

Whenever I feel stuck and don’t know which task I should conquer next, I turn to my inbox. As a result, I end up aimlessly clicking emails and procrastinating while feeling like I’m being productive. What helps me in such cases is my to-do list, which puts me back into working mode.

How to limit your time spent on email

Your email could be a tricky unproductive app to ditch as it’s related to your job. Most likely, you can’t just ban email (though some companies have taken this step), but there are ways to limit time spent on this unproductive app:

Asynchronous communication is a reality for many remote workers. Even though it presents some challenges, it can really benefit employee productivity by supporting proactive work. Asynchronous communication allows responding to requests and messages when it’s convenient for you, therefore, it helps to fight the urge of ASAP replies and can lessen the overall time spent in email.

Another way to limit time spent on email is to check it only a few times per day. You can either set up a personal rule and stick to it or use an app that pauses your inbox stream. Such apps allow you to receive emails a few times a day, eliminating email distractions.

Mornings are great for eating the frog. Studies have shown that our willpower is stronger in the early hours, so it’s easier to deal with tasks you don’t like that much. If you slide into your inbox instead, chances are you’ll spend those precious morning hours responding to other people’s requests rather than doing some much-needed deep work. No email in the morning to get the day going.

This tip is tried-and-tested. Even though I don’t receive many emails daily, I still have the urge to check my inbox in case there’s something important (usually, there isn’t).

So, to stop wasting time on email, a few months ago, I set up Gmail desktop notifications for incoming emails. That way, I get notified when something new pops into my inbox, and I can decide whether I need to check it right away or if it’s nothing urgent.

One cannot underestimate the power of a well-structured to-do list – it helps to stay on track with everything you have to conquer and keeps one from procrastinating in the email.

There are several ways you can craft a good list of tasks that won’t let you procrastinate in your inbox. Whether it’s the 1-3-5 rule, the Pareto Principle, or using task management apps – these approaches can significantly boost your productivity.

If your most used unproductive apps indulge you in online shopping

Ahh, workshopping. The guilty pleasure many employees get caught in. According to a DeskTime study, workshopping flourishes on Cyber Mondays, but typical working days also see some online spending.

What should we do about it? Actually – nothing. From all unproductive apps and habits at work, shopping apps are among the least harmful. They give you a short rest and some happiness brought by an excellent purchase, which then can make you a happier employee in the long term.

But why do we turn to shopping apps at work?

For those out there juggling work, hobbies, and a bunch of kids running around, working hours may be the only time you’re free to do online shopping. So, it’s no surprise that you engage in workshopping every now and then.

The only suggestion – don’t overdo it. Every workplace must allow employees some private time to deal with non-work matters. So, if online shopping is what you need your break for, go and have it. Just make sure you don’t spend too much time using distracting shopping apps.

Distracting apps are as distracting as we give them the power to be. If indulging in unproductive apps at work has become your new normal, think of the reasons behind it rather than beating yourself up for not being productive enough.

Moreover, no employee can be 100% productive all the time. We’re human beings with limited physical and mental resources, and taking breaks at work is a must to keep us sane. Give yourself time to rest, and procrastination by engaging in distracting apps won’t seem such a captivating way to spend your work hours.