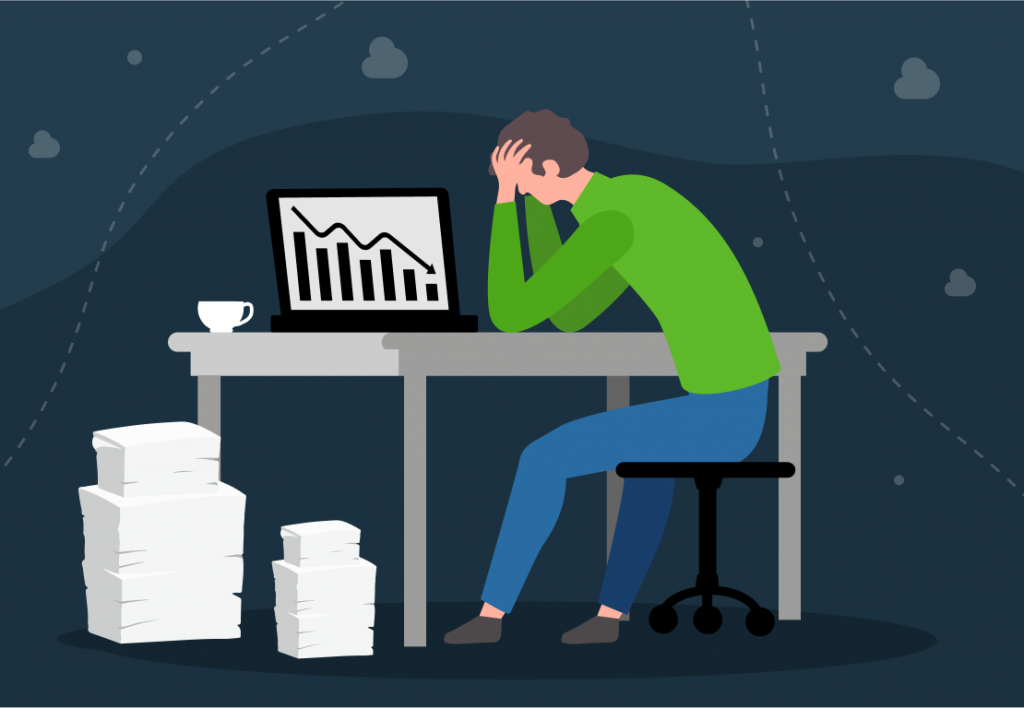 People who work 8+ hours a day are 12.7% more productive than those working their normally scheduled hours, according to a new study by DeskTime.

The study of more than 77’000 employees worldwide found that those who spend more than eight hours at their computers actually get more done than those working the usual hours.

Working some extra hours may sometimes be a way to handle an increased workload. However, studies show that in the long run, spending an excessive amount of hours at work is neither sustainable nor safe.

According to the World Health Organization, 745’000 people died in 2016 from stroke and heart disease due to working 55+ hours per week. That’s a 29% increase compared to 2000 and goes hand in hand with the rise of popularity of the hustle culture – a mentality that originated back in the 19th century in the US and glorifies crazy-long working hours.

”Working overtime made me feel undervalued and underpaid”

Today, Diana Simpson is the author of the Finance + Freedom blog. Before becoming a freelancer, she worked at a local bank and often found herself working overtime, including weekends.

”While the hours did not seem bad at first, the overload of information and the deadlines to complete tasks was stressful. That took a toll on both my mental and physical state,” Diana said.

Usually, Diana worked overtime to earn some extra money. However, just as often, she would work late because there were just too many distractions during her business hours that would hinder her focus.

Office distractions are indeed a serious productivity killer. A DeskTime study from 2020 found that interruptions (21.5%) and office noise (17.8%) such as chatter, typing, sneezing, phone calls, etc. are the two most common reasons people aren’t able to focus at work.

For Diana, the lack of focus due to office distractions cost her free time. She would spend long hours in the office, feeling the pressure to complete her tasks, yet being tired and unproductive at the same time.

No matter how much Diana worked, she always felt she wasn’t doing enough. No matter how many hours she would spend at work, there would still be something yet to be done. ”After some time, she started to feel undervalued and underpaid. ”Today, if I had the option to go back to the corporate world, I would not do it,” she concludes.

Is overtime worth it? Employees don’t think so

Despite the growing popularity of the 4-day work week, people worldwide are still putting in more than the regular eight hours of work a day. Now in 2021, in the light of Covid-19, work-life balance has once again become a hot topic.

The pandemic made remote work a norm and even though 54% of people love it and would like to continue working remotely after the pandemic, 45% also admit that they regularly work more hours during the week than they did before.

Is overtime work even worth it?

If you’re an entrepreneur or self-employed, you may feel it is. You may see those extra work hours as the sacrifice you have to make to get your business off the ground. The employed, however, are not so sure.

”Employers would likely not pay you more for the extra hours you put in. On the contrary, your reward for hard work is more work,” warns Andréas Ruth B. Deolinda, the author of the Locke’_n_Words blog.

Sam Shepler, now CEO of TestimonialHero, agrees with Andréas after experiencing such a situation at his first-ever job.

”I remember receiving work-related calls, messages, and emails from my boss as late as 10 or 11 PM. If I had completed my daily tasks, my boss would give me more. This seriously affected my mental health and I started suffering from anxiety. In the end, all this overtime work wasn’t even worth it – the payment was not substantial and the extra hours were rarely paid.”

As an employer, you may not mind that your team is working more hours than required, especially if, at the end of the day, they get more done. However, such a work culture isn’t something to be encouraged or, even worse, requested – you may be at risk of losing great employees for good.

During the past year, businesses globally have been dealing with the Great Resignation – a widespread trend of a large number of people leaving their jobs during the COVID-19 pandemic. One of the main reasons? Extremely long working hours that some employers expect their staff to work.

For the production assistant Lisa Rae Bowman, the pandemic changed everything. Having got the job straight out of college, she worked as much as 16 to 18 hours a day, with no days off.

”If you had free time, that meant that you needed to be working or you didn’t have enough work. Then [the pandemic struck and] there was no work to do,” she says on the Today Explained podcast by Vox. That’s when Lisa realized how much of her life she had put on hold just to be able to work. She quit the company and swears she’d never sacrifice her happiness ever again.

And Lisa is far from being the only one. In September 2021, 4.4 million people left their jobs, tired of long work hours and lack of personal time.

In the long run, no one really benefits from working long hours. Employees burn out and either take sick leaves or leave the company for good. Whereas employers lose perfectly good team members. The best remedy to overtime work is effective time management, and you already know which tool can help you with that!