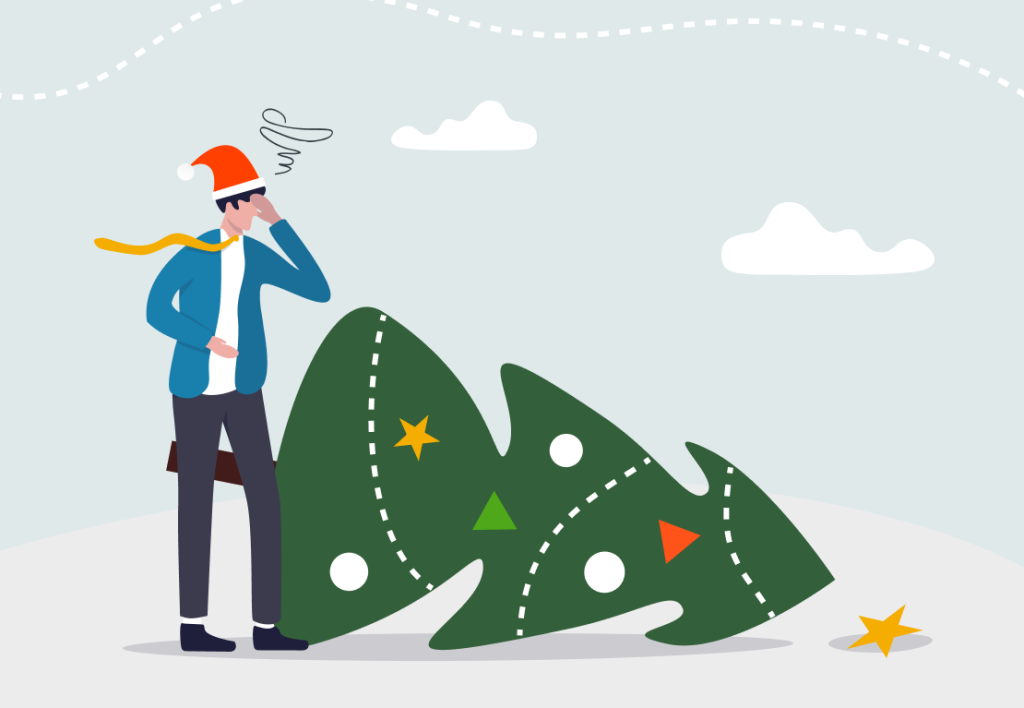 It’s the season of cheer, goodwill, work parties, and… regrets. As offices gear up to end the year with a joyous bang, it’s the perfect time for a mindful warning that too-often goes unheeded: be careful.

Yes, letting loose at a work event may lead to a fantastic time. It’s a unique setting for bonding with colleagues, celebrating achievements, and shaking off the year’s pent-up stress. Holiday parties might not be everyone’s cup of tea, but even the hesitant and skeptical tend to open up after a few drinks.

The reality is that 1 in 4 people regret something they did at a work holiday party and, below, we’ll share a few of these funny and embarrassing Christmas party stories. But first…

Here are a few tips to follow when going to your office holiday party to make sure you have a safe and fun time, without making a fool of yourself:

If you keep these 5 tips in mind, you’re in for a great time. But if you don’t… well, let’s look at some funny Christmas party stories of people who didn’t.

It’s an open secret that our employees are not fond of work parties and that includes X-mas. To make things feel not too forced, my employer decided to allow staff to bring their partners this one time. This nice gesture that was supposed to make everyone feel better paved the way to uncalled-for drama.

X-mas parties usually involve heavy drinking as we don’t have to work the next day. As you would expect, people were having one too many. Some people completely forgot the thing about how the party also had family members. As some colleagues were dancing on the floor together, one of the colleagues started shouting “Look at those lovebirds. Can’t really keep them apart for too long”. He said that while [the colleague’s] wife was standing right next to him. Things escalated quickly from there.

All our attempts to defend our colleague fell on deaf ears. We tried to save the situation by saying it was a joke but the wife probably had her suspicion as well. That was a party we still remember to this day for all the wrong reasons. That was also the only time when we were allowed to bring our plus one.

When rhyming goes wrong, and someone was filming all along, story by Stan

A few years ago we had a Christmas Party with our employees and invited a live band and a DJ. A few of our team members play quite well on instruments so we arranged ahead of time a 40-minute jam/open mic session at the end of the performance.

By the end, everybody had enjoyed the open bar a bit too much. Volunteers on stage were plenty. Our senior developer was a good guitarist, and one of the marketing guys tried drums. Toward the end of the jam session, the singer started improving the lyrics.

I decided to step up and give him a rap battle. For about 15 minutes I was acting like a gangster and attempting to rhyme into a microphone. I thought nothing of it at the time. In fact, was sure I have given an Eminem-like performance. But the next morning I saw the video. Then the funny looks and the gossip. My appearance on the stage was simply embarrassing. I was off beat, there were no rhymes and I was cursing like a sailor with every verse. 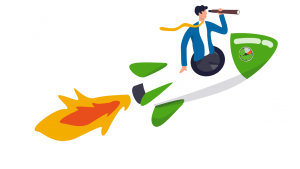 Looking to kick off the new year with a bang?

Don’t lose your head when going wild on stage, story by Trysta

​​About two years ago, I decided to show up at a work Christmas party with a new hairstyle, and I was utterly in love with the new look. I chose to wear a wig and wore it without securing it to my head.

I received many compliments throughout the night and was having a blast. A few drinks in, I volunteered to get on stage and sing a Christmas song because why not?

As I stepped out on stage, my wig slipped off my head and fell to the floor. But, instead of trying to pick it up before continuing with the performance, I decided to continue on – without a wig. My coworkers were laughing hysterically, and I felt like an idiot. Ultimately, it was all good fun, and everyone had a great time.

Looking back, I can laugh at myself for my silly mistake. My coworkers still tease me about it to this day, and we all have a good laugh about it. But despite the embarrassment, I learned a valuable lesson – always wear your wig securely on top of your head!

Last year, I was at a work party with some of my co-workers. We had a lot of drinks and it was a lot of fun. After a few drinks, I felt like I could do anything. I was so confident that I even decided to go to the pool with my friend.

Keep your clients’ names out of your mouth, story by Nathan

During one of the Christmas parties, all of the colleagues decided to have a tipsy drunk pajama party, which led to one of the most embarrassing incidents. Everyone became so inebriated that they began to play shots and passed out uncontrollably the rest of the night in the workplace.

Nobody remembered the incident where everyone blackmailed a major businessman while playing since just one person was sober the following day and knew exactly what had transpired. Everyone was so embarrassed by themselves but it turned out funny.

This holiday season, be smart. There’s a fine line between a fun party and an awkward disaster. While most embarrassing Christmas party stories featured here have an air of levity, it’s only because everything turned out fine in the end. If it hadn’t, people wouldn’t be sharing them.

So, drink responsibly, mingle ‘professionally’, and do everyone a favor by keeping your camera in your pocket.