How this team of 100+ people increased their efficiency by 20% 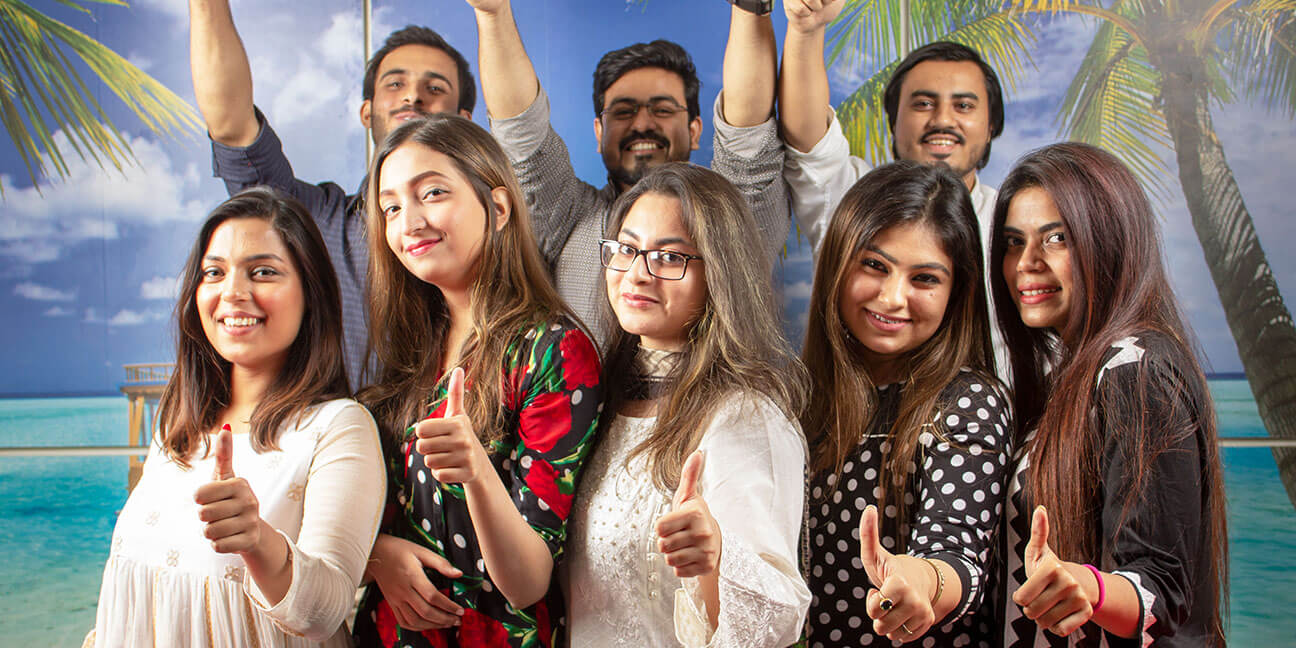 Founded in 2009, Hire Live Support is a privately held company that offers BPO (Business Process Outsourcing) and e-commerce solutions all over the globe with its roots in the United States and Pakistan.

Almost a year ago, the company decided to start using time tracking software to enhance employees productivity and better resource allocation. After testing several options, they went with DeskTime.

"DeskTime was more convenient than other solutions we tried. We installed the app and noticed right away that the reporting feature is great and fits our needs."

The reason why Hire Live Support decided to start tracking their employees' time was simple - they noticed that the team could be more efficient and that human resources were not fully utilized. For example, some employees were taking long breaks and there were other unproductive activities during work hours.

"We implemented a time tracking system and defined an internal policy - if you have an eight-hour shift, you need to have at least seven hours productive time," Sam tells us.

The company saw results right away. According to Sam, people became more efficient and started to manage their time better.

"When we introduced DeskTime, some people, of course, were not happy," Sam says and notes that the management handled the situation well. At Hire Live Support, DeskTime is now used to manage the company's bonus and appraisal system. That is - employees who use their desk time productively, get bonuses and receive more appraisals.

"There are people who work hard, and we decided to reward them with extra money. When other employees noticed that, they started to take an example. From the company perspective, we got the results that we wanted," Sam says.

The company's productivity has increased greatly, according to Sam's observations.

"We used to have ten people managing a project. After introducing DeskTime, we need eight people doing the same amount of work."

That's a 20% boost in efficiency. With the help of DeskTime, Hire Live Support has been able to better use human resources, or as Sam says, they now get maximum output from the team.

Besides significantly improving the team's productivity, time tracking has also helped the company notice other aspects that need to be improved.

"After analyzing DeskTime reports, we noticed that our customer service team spends a lot of time on our ERP system. After talking to the team, we realized that the system is complicated and difficult to use. We presented this to the management, who agreed that we need to make it more employee-friendly."

Finally, asked whom he would suggest using DeskTime, Sam answers: "Time tracking is really helpful for companies that have people working at work stations such as Call Centers and other technology-related jobs."

Then, Sam adds:
"I highly recommend that you use time tracking not only for calculating payrolls, but also to implement new, productivity-promoting policies.

Explain to your team that they won't be losing money because a company implements a time tracking software - that's a wrong impression. Instead, show them that if they reach their goals, they can make extra dollars."