Productivity tracking helps to distinguish working versus "being in the office" 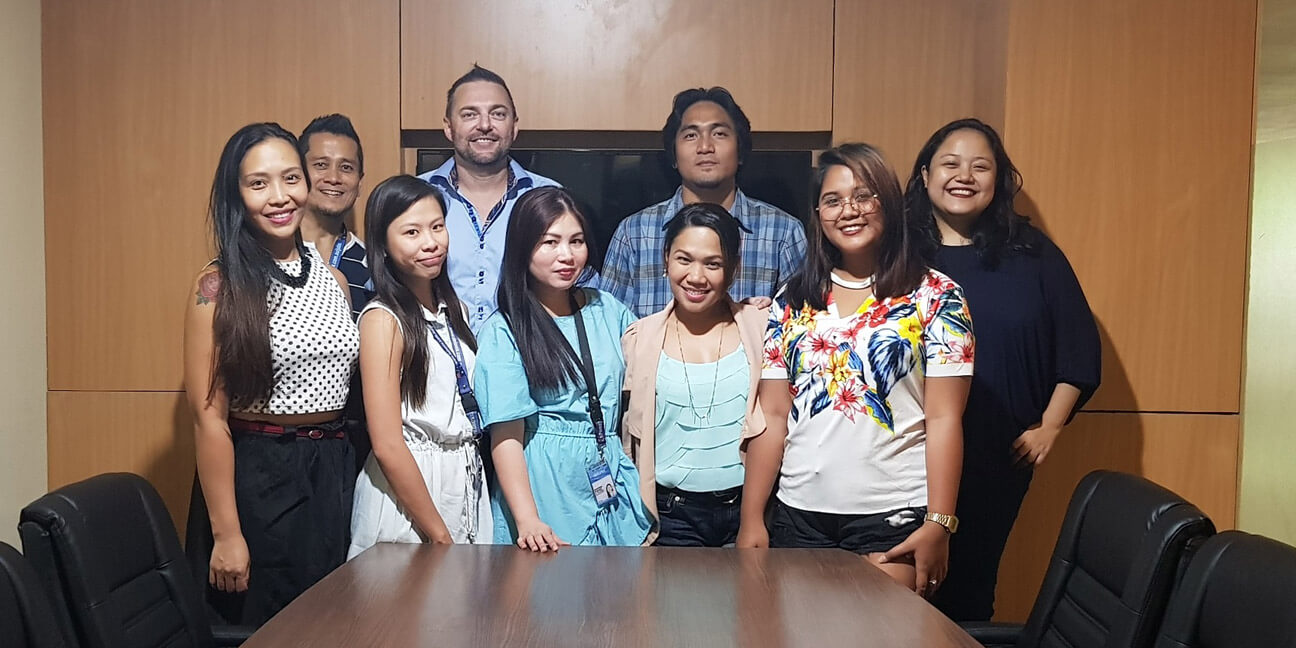 “DeskTime helps us automate the entire attendance system and allocate bonuses to the most punctual and efficient employees,” says Jeremy Morgan, founder and CEO of Delonix Marketing Corporation.

Delonix Marketing Corporation is a company based in Australia and Philippines providing outsourced back-office and digital marketing services to businesses of any size. Delonix works mainly in Australia, US, UK and New Zealand. The company has grown from 8 staff members in the Philippines back in 2012 to almost 500 employees today.
Delonix has 14 departments dealing with diverse tasks from accounting to graphic design.

The wide range of positions in the company encouraged Jeremy to look for a flexible employee management software that could be adjusted to the specifics of each team.

“What initially attracted us to DeskTime was the ability to set different productivity scores for each team. For example, some of our staff that deal with marketing have to work on social media daily. Meanwhile for other positions - like accountants or draftsmen - the use of social media would indicate unproductive behavior.”

DeskTime ticks most of the “boxes”

Before switching to DeskTime in September 2017, Delonix Marketing Corporation used biometrics for payroll and payslip generation. “The problem with the biometric - fingerprint - system was that employees could sign in at any time, but that did not mean they were actually working. Also, sometimes staff members would forget to fingerprint in or out, so the log-ins and log-outs weren’t always matching,” explains Jeremy.

“We wanted a solution where employees didn’t have to remember to log in or swipe their finger every time they arrived at work or went on a break. A time tracking software that would run automatically in the background.

Jeremy’s team tried several time tracking and employee management tools and made a list of pros and cons for each. Jeremy says: “We tried RescueTime and Time Doctor - both apps were good, but DeskTime ended up ticking the most boxes and offering the best price for a company our size. One of the greatest benefits of DeskTime was the ability to set different productive apps or websites for different teams.”

Jeremy Morgan believes that DeskTime helps to distinguish working versus just "being in the office." As a company constantly working with tens of customers, Delonix Marketing Corporation needs to update them on the attendance of their outsourced teams and the progress of their projects.

“DeskTime’s visual reports are another great benefit that makes this software stand out among its competitors. Clients give us really great feedback about those graphs and statistics.”

Weekly reports have daily productivity graphs while Monthly reports offer the convenient calendar view with the absent days, start and finish time. Jeremy hopes that in the future it could be easier to send these graphs to the customers by exporting the reports or scheduling them to be sent automatically. Presently this is accomplished by sending screenshots.

Bonuses for the most efficient employees

It’s not a secret that a bonus system usually works as a superb motivator for employees’ productivity. Delonix Marketing Corporation offers bonuses for punctuality and attendance, but in the future, they are also planning to introduce incentives for the most productive or effective employees.

“We want to motivate the teams to have a healthy competition against other teams as well as individually.”

We are currently testing a new formula that would give us an idea of a productivity score that we want employees to reach. I believe this system will serve as a positive reinforcement once it’s fine-tuned and implemented.”

Asked on how well the DeskTime has been received among employees, Jeremy answers: “It always takes time for staff to adapt to changes and see the benefits that they bring - especially in bigger companies. Employees of Delonix Marketing Corporation are not an exception.”

But overall he believes that DeskTime will bring positive changes to the company’s productivity, especially when a more advanced bonus system is introduced based on DeskTime data: “I think once the staff know that they can earn more money through bonuses it will be received as a more optimistic change.”