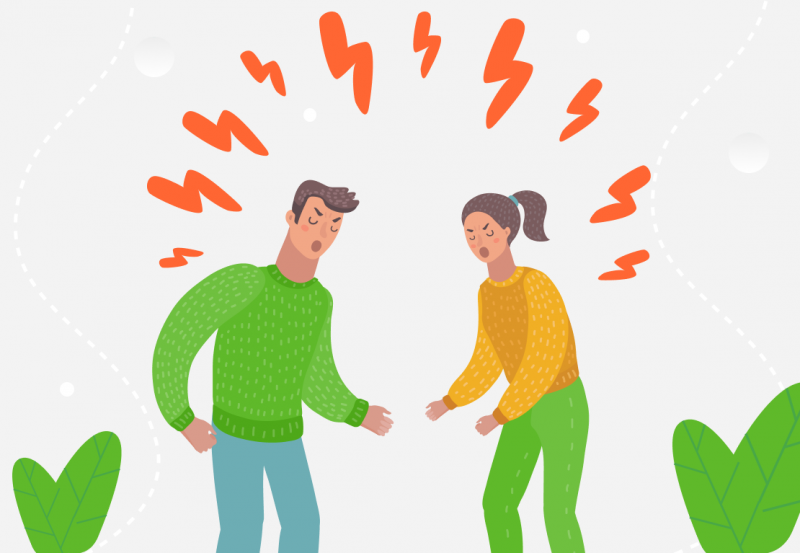 Whether it is tension over a stressful deadline, creative differences or possibly conflicting personalities, occasional workplace conflicts are inevitable. And while such conflicts can be positive and necessary for progress, if handled poorly they can negatively impact productivity and make for an ineffective and uncomfortable work environment.

Why do conflicts at the workplace occur?

According to a 2014 study in New Zealand, 24% of employees surveyed had at least one disagreement or argument at work that was serious enough to impact their ability to do their job. The top sources of conflict were all work-related – differences in opinions about how to perform a task (21%), procedures or policies not being followed (17%), and working conditions and hours (14%). However, the next biggest reasons for conflict can be characterized as relationship conflict, namely personality clashes or bullying (13%) and a bad attitude towards co-workers (10%). These types of workplace conflicts are especially detrimental and unproductive, as they have nothing to do with the actual work. Alarmingly, another multi-country survey found that personality clashes accounted for 49% of all conflicts in the workplace.

It is also worth noting that there are gender differences involved in the workplace conflict dynamic. The study found that men tend to experience conflict in the workplace more often than women. But while men are more likely to argue over task-related issues, conflicts between women tend to be more personal – mostly over bullying or a personality clash.

How do workplace conflicts impact productivity?

The New Zealand study shows that employees’ most common reactions to conflict in the workplace are anger or frustration (83%), stress (57%), anxiousness and nervousness (47%), loss of self-esteem (25%) and trouble sleeping (25%). The negative impacts of these conflicts are also uneven between men and women, with women more often reporting feeling stressed as a result. Similar results were also found in a European study, with women having a more negative emotional fallout due to conflict in the workplace.

What is more difficult to measure is how much these emotional stresses impact performance. What we do know, however, is that almost half of all employees reported losing focus on their work or becoming distracted, losing motivation and confidence, and even missing deadlines. As a result of the emotional stress, even 14% of those involved in conflict ended up taking time off work.

Conflicts in the workplace are not only mentally and emotionally taxing, but also take up valuable time being addressed. According to another survey from the United States and Europe that looked at time spent resolving such issues, the average employee spends 2.1 hours every week dealing with conflict in some way. That works out to a full day a month or two and a half weeks a year of productivity that is lost to disagreements!

On top of that, conflicts tend to get dragged out, with over one-third of arguments lasting longer than a month. With ongoing interpersonal issues hanging over their heads, employees will have difficulties working to their fullest ability, leading to productivity loss over a whole month due to these conflicts.

If conflict resolution actions are not taken, this time spent and emotional impact of conflict in the workplace can snowball and create bigger issues. If steps are not taken to resolve ongoing conflicts and levels of mental and emotional stress are not managed, there is likely to be an increase in employee turnover, which will cost an organization even more time and money, as well as a general decrease in employee morale, even among those not previously engaged in conflict. These issues can ultimately endanger the long-term prospects of the organization itself.

What can you do when conflicts arise?

While the survey data highlights the detrimental effects of conflict in the workplace, it is important to remember that not all conflict is bad. After all, the most common sources of conflict are work-related, and creative tensions can lead to positive changes in teams and organizations. For that to happen, effective managers need to be able to identify when conflict is good and when it is bad. But in either case, managing the conflict situation is key because conflict rarely resolves itself. It usually escalates if not dealt with properly, and may even cause some positive tension to devolve into a big problem if not resolved.

So, what should be done to deal with conflict effectively? There is no set playbook for dealing with workplace issues, but there are some tips that might help:

With human nature being what is, conflicts in the workplace are an inescapable fact of life for any organization. Although the sources of conflict vary, ranging from process-related issues to personal attacks, left unaddressed they can negatively impact employees and their ability to function within the organization, resulting in decreased productivity. Conflicts are not only detrimental to the emotional and mental well-being of employees; they also take up valuable time that could be spent on productive work. But by taking steps to tackle conflict head on, employees end up feeling better, teams communicate better, and companies are more productive. Addressing and resolving conflict is therefore necessary for any organization to be able to succeed.