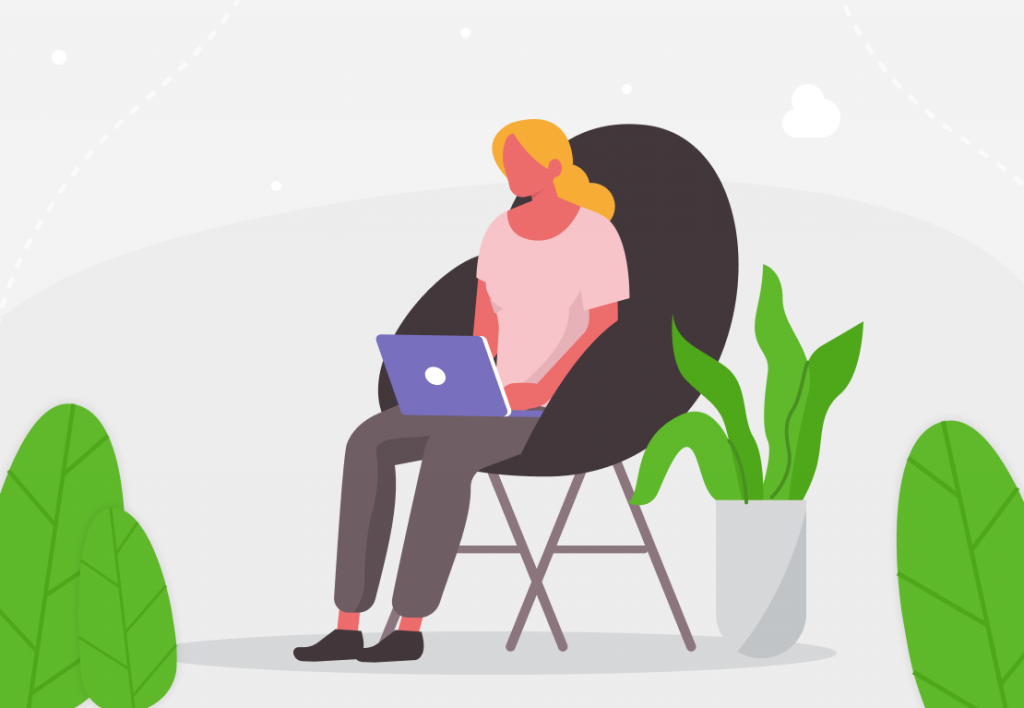 The first five days after the weekend might the hardest, but Friday’s the day it’s about to get easier. And when the weekend’s so close you can feel it, no wonder people end up leaving before it’s 5pm.

It turns out, leaving earlier doesn’t only apply to Fridays.

We examined employees working the standard 8-hour workday, and found that the length of an average workday shrinks as the week goes on. Mondays are the longest workdays of the week – employees work on average 7.2 hours. Yet starting from Tuesday, hours get shorter and shorter, and when Friday finally arrives, the length of a workday has shrunk to 6.9 hours. 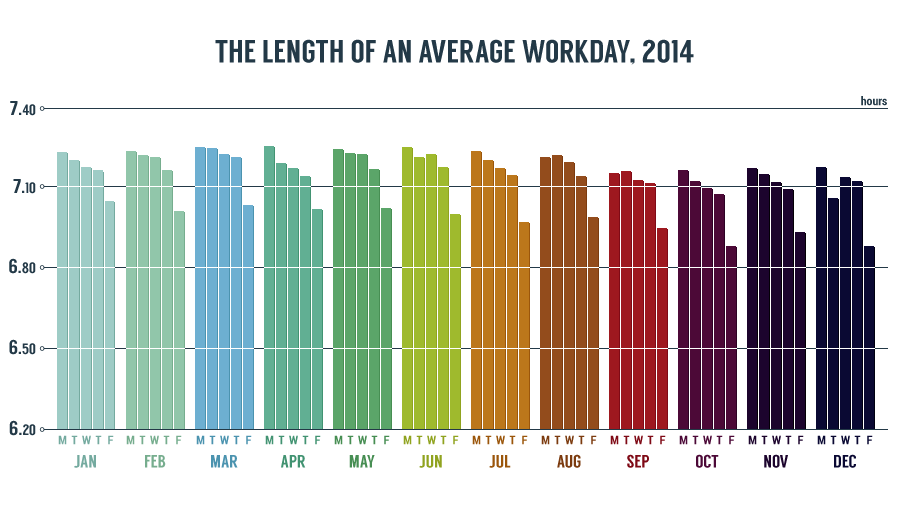 Okay, it’s pretty clear with Fridays – that’s when the weekend starts. A study even found that we switch to the holiday mood way before the day’s over. For example, Brits start to make their weekend plans at 10:19am in the morning. That is, just over an hour into their working day and people start to wind down from their working week. But what about the other days?

The truth is: Monday’s the week’s January 1st. We decide to finally get stuff done and have a vigorous kick-off, yet this energy seems to fade just as fast as we forget our New Year’s resolutions. And it seems that it doesn’t even matter what your resolution is on Monday, the scenario is the same – we start off the week strong, then drop off throughout the workweek reaching the lowest point on Fridays.

There are various reasons why we leave earlier and earlier as the week goes on, but usually it’s rather elementary: we simply run out of energy.

While HR managers believe Tuesday is the day employees get the most things done, another study found that Tuesday afternoon is also the time our energy begins to fade. Put simply, our energy reserves run out day by day, and when we’re tired it becomes difficult to focus on work-related tasks. As a result we start to procrastinate and decide to put off assignments until the next day, and leave earlier.

What can you do to make your employees stay ’til 5pm? Try this!

Turn on the music

Numerous studies claim that music enhances brain activity, and thus boosts employees’ productivity. That could explain why people who listen to music tend to work for 7% longer than others, as found in a recent study. It was also discovered that this overtime was not wasted on social media or other time sucks, but instead it was spent on work-related tasks. Conclusion? Music turns out to be an energy booster that helps employees stay focused on work-related tasks until the official end of the workday. 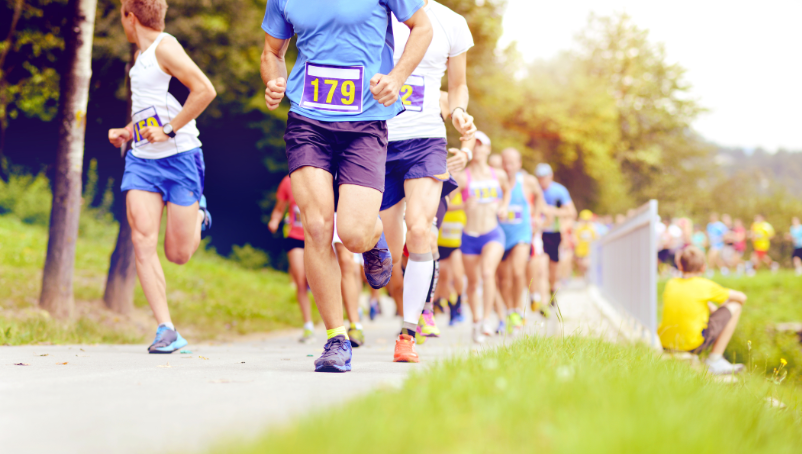 Give them a break!

The run-walk method is probably the most effective way to prepare for a marathon. Instead of taking a break when you’re tired, this technique suggests to pause when you could still keep running. That makes the whole training process less grueling and gives the muscles regular recovery time during a long run. Similarly, we need breaks in our everyday working marathons. Since the brain is like a muscle, it also needs to rest. Therefore, give your employees a break even if they’re not tired – it’s more likely they will reach the workday’s finish line.

Let them leave earlier on Fridays

A survey from the Society for Human Resource Management found that giving employees longer weekends is a win-win for both employees and management, since letting workers leave earlier on Fridays can help boost their morale. If you allow employees to make up the hours on any other day, they not only waste less time during their regular working hours, but are also less likely to sneak out before the workday is over. And while flexible working hours increase trust and responsibility, a rigid working schedule does the exact opposite, making employees more willing to cheat and bypass this system.