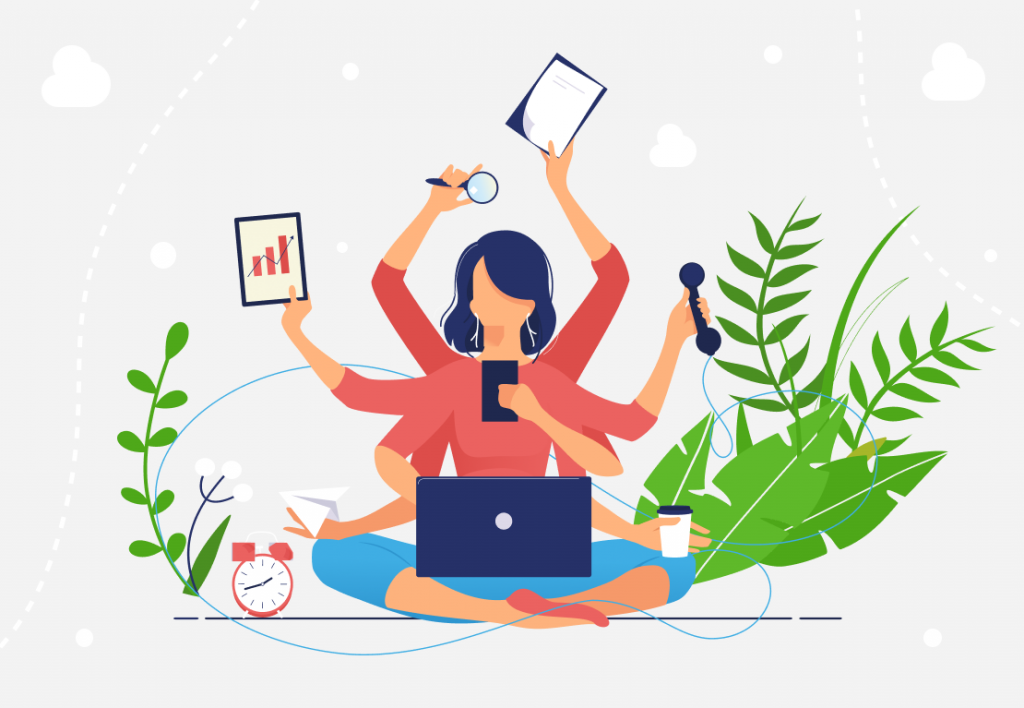 There are many tips on boosting productivity that have proved to work through time and people’s experience. Meanwhile, there are also numerous productivity myths and half-truths, which may be why many of us repeatedly cannot get stuff done. Instead of boosting our effectiveness, they’re making us organize our work in unnatural and unfruitful ways.

Some of the productivity myths have roots so deep that it’s nearly impossible to remain objective while sorting truth from lies about what makes us productive.

Thankfully, there’s quite a notable science behind work efficiency, which can guide us through labyrinths of particular myths and tales. So, here are six of the most common productivity myths, disproved by research.

#1: If you work long hours, you’ll get more done

The logic of ‘more hours equals more work’ is nothing but a pure myth. Working long hours leads to lower productivity, worse performance, and unhappy workers. Even though our brains are wired differently, a.k.a., some of us can pull off being focused for longer hours than others, our attention tends to decrease after some time of working.

The Economist put together data from 1990 until 2012 and found that longer working hours don’t correlate with higher productivity. For example, Germans work about 600 hours less yearly than the Greeks, but their productivity is 70% higher.

Likewise, another more recent study showed that the most productive people work for 52 minutes and break for 17 minutes afterward. Plus, many extra productive workers don’t even pull off 8-hours working days but choose to work shorter hours with frequent pauses. 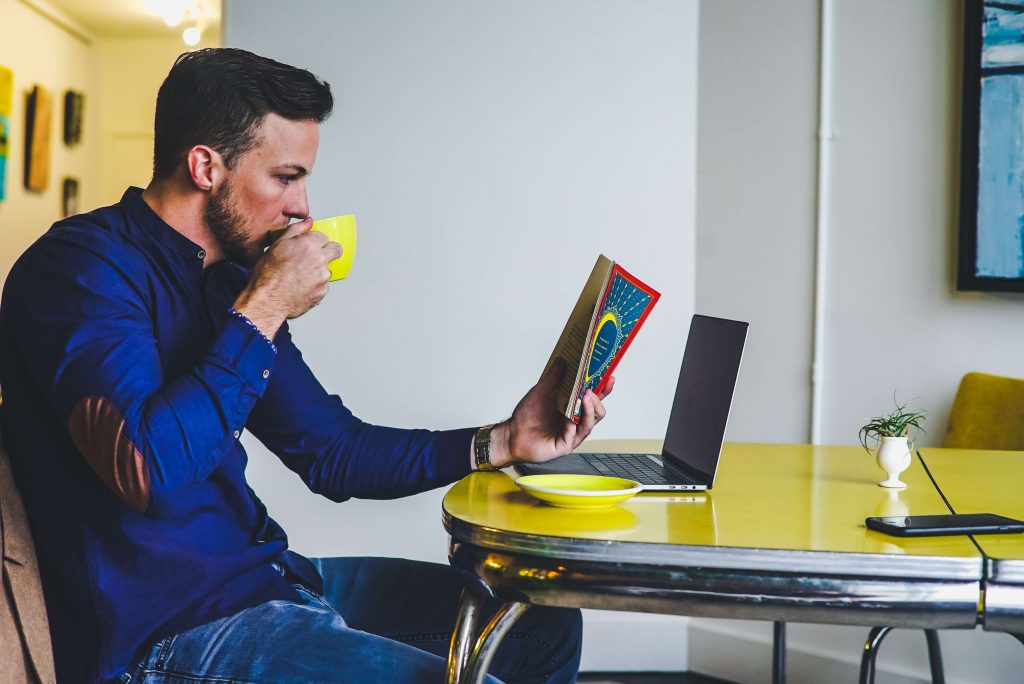 In short: work smarter, not harder + take frequent breaks. Longer working hours decrease your productivity levels, and the human brain just can’t maintain its focus for 8 hours at a time.

#2: Multitasking is the key to achieving more in less time

Multitasking has been praised and admired as a strategy that gets a lot done at once. Turns out – carrying on with a few tasks at the same time actually slows us down and increases the number of errors we make, as found by a study conducted at Stanford University.

The study proved that people who are prone to multitasking had worse memory, were often unable to pay attention, and couldn’t filter the information accordingly to what’s relevant for a particular goal. Therefore, they were slowed down by a bunch of unrelated information. What was even more surprising – multitaskers were quite bad at switching from one task to another as well, contrary to what one may expect.

Another convincing reason to give up the destructive habit of multitasking is potential brain damage. Not to frighten you, but long-term multitaskers have a lowered brain density in the region responsible for empathy and both emotional and cognitive control.

Although it’s not clear whether multitasking creates physical damage to our brain, it’s clear that it affects more than just our ability to concentrate. 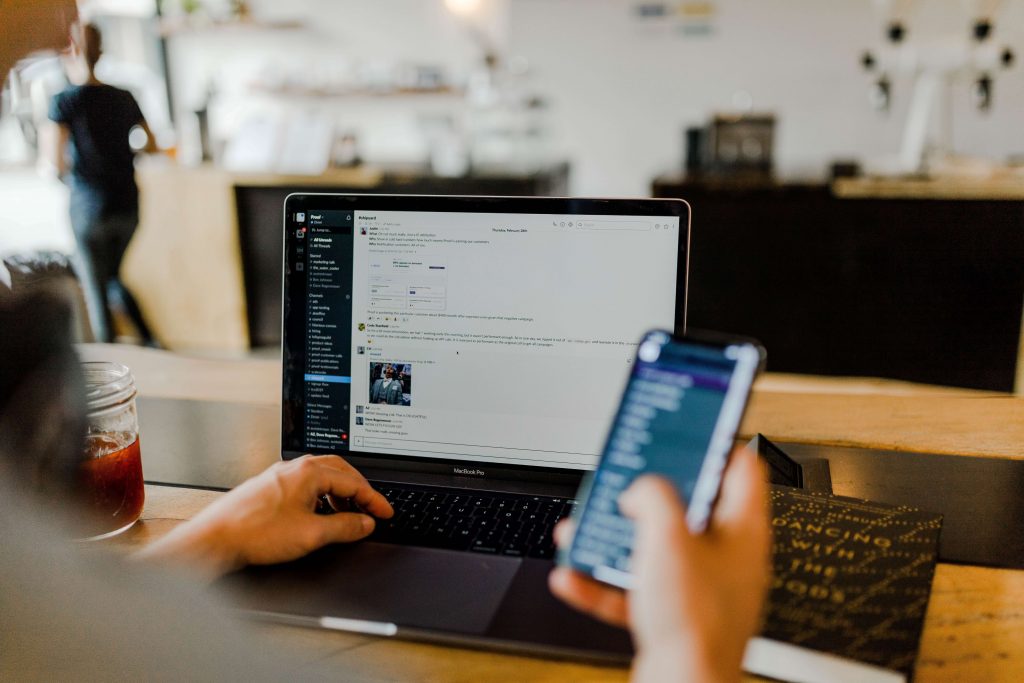 In short: doing a few tasks at once leads to poor results and, consequently, more corrections and rework.

Waking up with the sunrise and starting the workday during early morning hours may be an excellent option for someone. But not for everyone.

Although “eating the frog” at the beginning of your workday does help your productivity, it doesn’t necessarily mean that early morning hours are the best timing for work in general.

We all have our unique inner body clock (or circadian rhythm, if you may), which rules when our alertness reaches its peak and when it drops low and makes us sleepy.

Do you consider yourself an early bird or a night owl? Even though that may vary a bit during one’s lifetime, science claims that being an early riser or not is encoded into one’s DNA. So, the best thing you can do is to arrange your workday according to your inner body clock as much as it’s possible.

Despite whether you choose to plug in earlier in the morning or to start working later in the day, remember that the first hours of work are the most useful for dealing with complex and dreadful tasks. Dealing with the “frog” at the beginning will not only give you a sense of comfort but will make the rest of your day more productive and efficient. 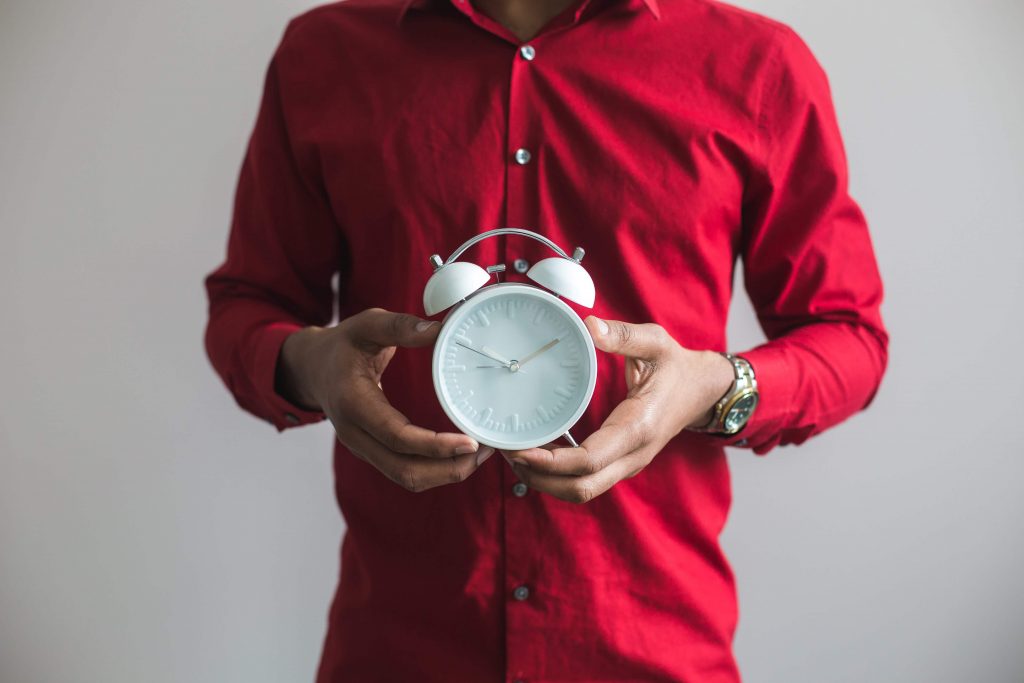 In short: be aware whether you are an early bird or a night owl, arrange your workday accordingly, and use the first work hours for the most challenging and dreadful tasks.

#4: Employees are unproductive outside the office

Working from home can be a challenge indeed – everyone who’s ever done that will probably agree. But sometimes, working outside the office can increase employees’ productivity and positively affect one’s work-life balance.

2020 has brought many new experiences, and one of them is remote work for more employees than ever before. Next to the remote work, a hybrid working model has also introduced itself to a broader public.

A recent survey has shown that many office workers prefer a combo of remote and office conditions. Hybrid work provides people with more flexibility when to, from where to, and how to work. It also provides a healthy balance of collaborative and quiet work, the second being often challenged by noises of an open office.

Meanwhile, a study has found that background noise, usually found in cafes and other public places, is suitable for creativity and helps some of us focus. However, the level of proper background noise differs individually, and it may be connected to whether you’re an extrovert or an introvert.

Research shows that the more introverted people are, the more likely they have trouble concentrating within a noisy environment. And on the contrary, extroverts tend to perform just fine while working in a place filled with background buzz. 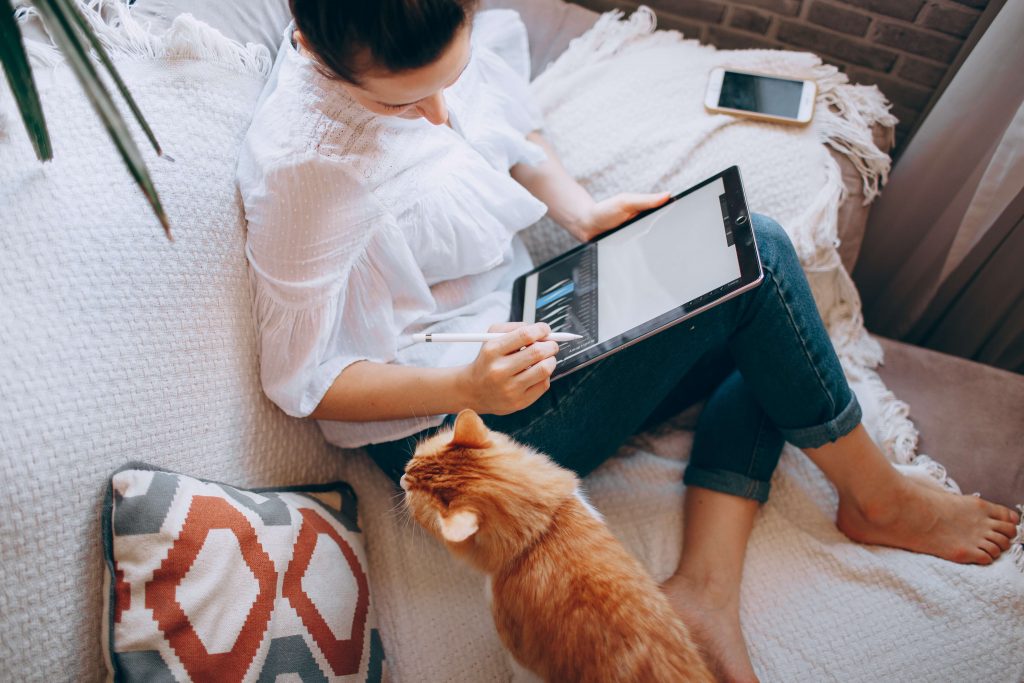 In short: it all comes down to your preferences. Do you prefer remote work over working in an office, or maybe the hybrid model is the best for you? Also, consider your relationship with background noise – it can be necessary for maintaining focus in some cases.

Today’s culture favors the idea of ‘being busy’ and leaves no mercy for boredom, procrastination, or daydreaming. All three are essential to our mental health.

Excessive focus drains those parts of the brain that are responsible for maintaining it. Our brain needs moments of ‘focus’ and ‘unfocus’ to operate optimally. And a great way to ensure the ‘unfocus’ of one’s mind is to daydream.

M.D. Srini Pillay suggests that the most effective strategy is choosing the so-called ‘positive constructive daydreaming.’ It’s deliberately letting our minds wander, space out, and re-energize. When we’re engaged in constructive daydreaming, our brains activate the process of moving through our memories and recombining different ideas, which can help us develop creative solutions and new approaches. 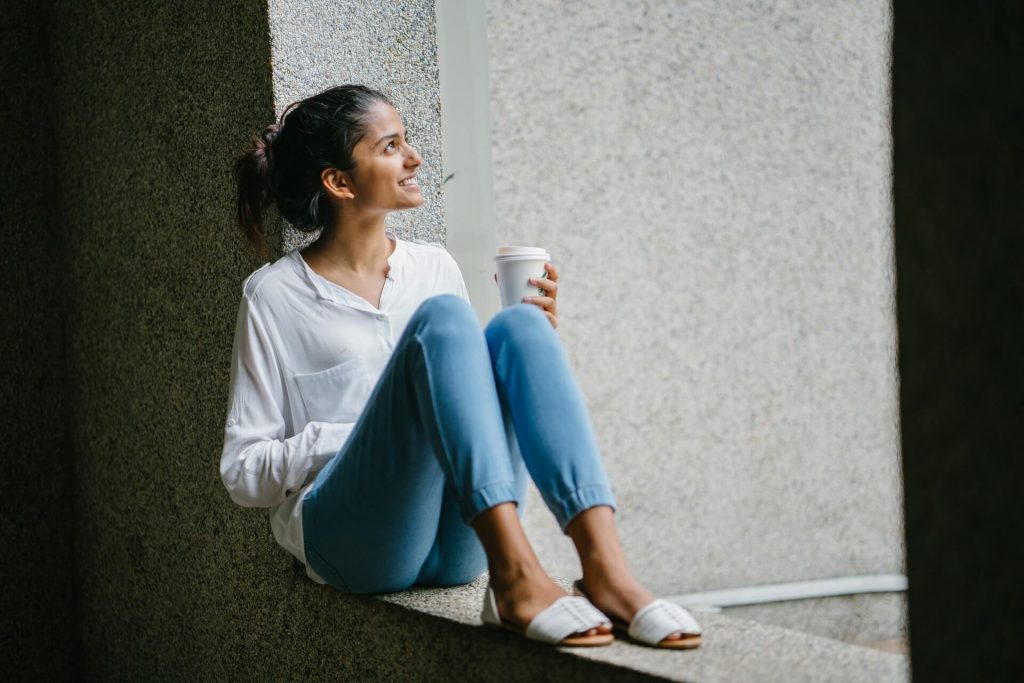 In short: deliberate daydreaming lets us recharge our brains, and positively affects our problem-solving skills.

#6: Keeping a clean workspace helps you to be organized and productive

Those perfectly organized desks we see in glossy magazines… yeah, they not only don’t exist in real life but also won’t make you more organized and productive.

Contrary to the standard view that clutter decreases productivity, sometimes a decent mess on your desk can actually make you more efficient, creative, and better at decision making, as found in this study.

Put simply, good space organization doesn’t mean leaving the space absolutely decluttered. It means having the things you need the most nearby and keeping unnecessary stuff out of the way but within reach in case of need.

Another proof for why messy desks work as a productivity-boosting factor is a study conducted by Alexander Haslam and Craig Knight, researchers at the University of Exeter. Their findings suggest that being able to clutter your workspace with the things you need improves your productivity by 30% compared to working in a perfectly tidy area. 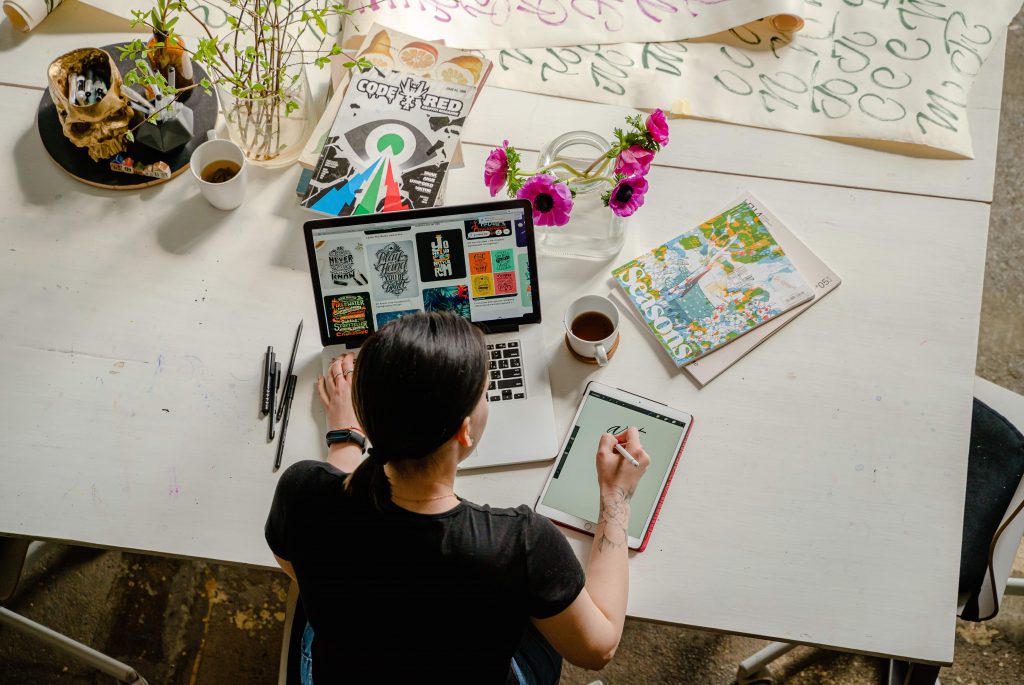 In short: having a workspace organized according to your preferences helps your productivity levels.

Looking back at the productivity myths and truths in this article, there’s one commonality present nearly everywhere – a one size fits all productivity strategy doesn’t exist.

Undoubtedly, there are many suggestions that can help to focus, be more effective, and get more work done. But the best thing one can do to boost productivity is to be aware of one’s preferences in the work environment, schedule, and more.

Are you an early bird or a night owl, an extrovert or an introvert? Are your work tasks more individual or collaborative? Consider these and other aspects of your personality and job to find the most suitable ways to lead you to boosted levels of your productivity.

Tess Pajaron is a Community Manager at Open Colleges, an online learning provider based in Sydney, Australia. She has a background in Business Administration and Management.