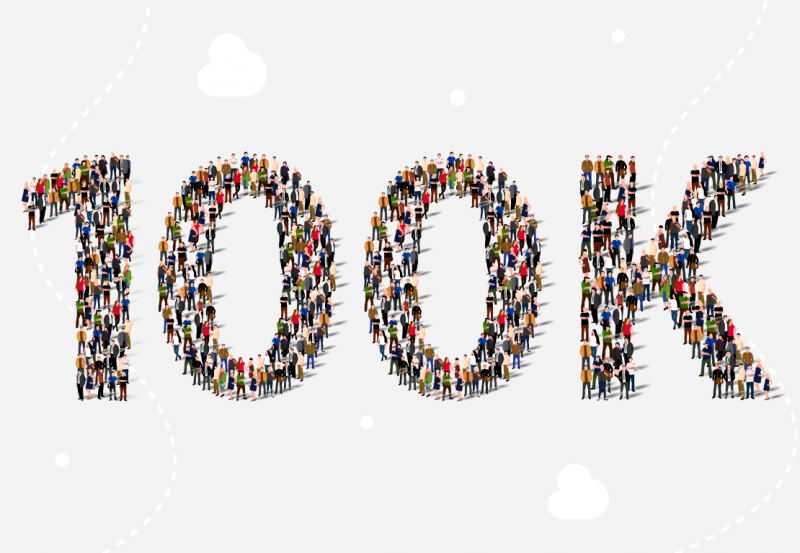 This month, DeskTime is celebrating its 6th anniversary. It’s been a hell of a ride, we’ve got to tell you!

Besides the anniversary, this year we’re celebrating another remarkable thing – we’ve reached 100,000 registered users. That’s right – over 100K people are using DeskTime, in teams or individually. And we love them all equally.

Now, before we get to the cake, champagne, and blowing candles, let’s look back at the 6 great years of DeskTime. From its very first days in this big online world, to becoming one of the best-known time tracking and productivity apps out there.

But let’s start all from the beginning… 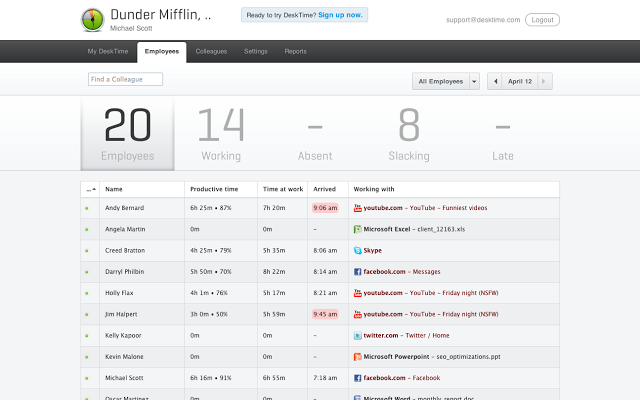 DeskTime goes online on July 1st, 2011 under the wings of the Draugiem Group, the Latvia based IT company.

The main idea of DeskTime, from its day one, is to increase workplace transparency between employees and management, and to make sure work time is spent faithfully.

Time tracking makes it possible for managers and employees to see where their time goes, then change their unproductive habits in order to get more done while in the office, leave work on time and don’t bring their unfinished tasks home.

Three weeks after the launch, on July 22nd, the very first customer registers and begins tracking time with DeskTime.

Time tracking is still the core feature of the app. Within 6 years, DeskTime has already tracked over 18 million hours, which is almost 2044 years of time.

August 2011: The team is growing – our first full-time employee hired

Today, there are 7 people on the DeskTime team: the CEO, the customer relations manager, three programmers, one designer, and a content marketer. 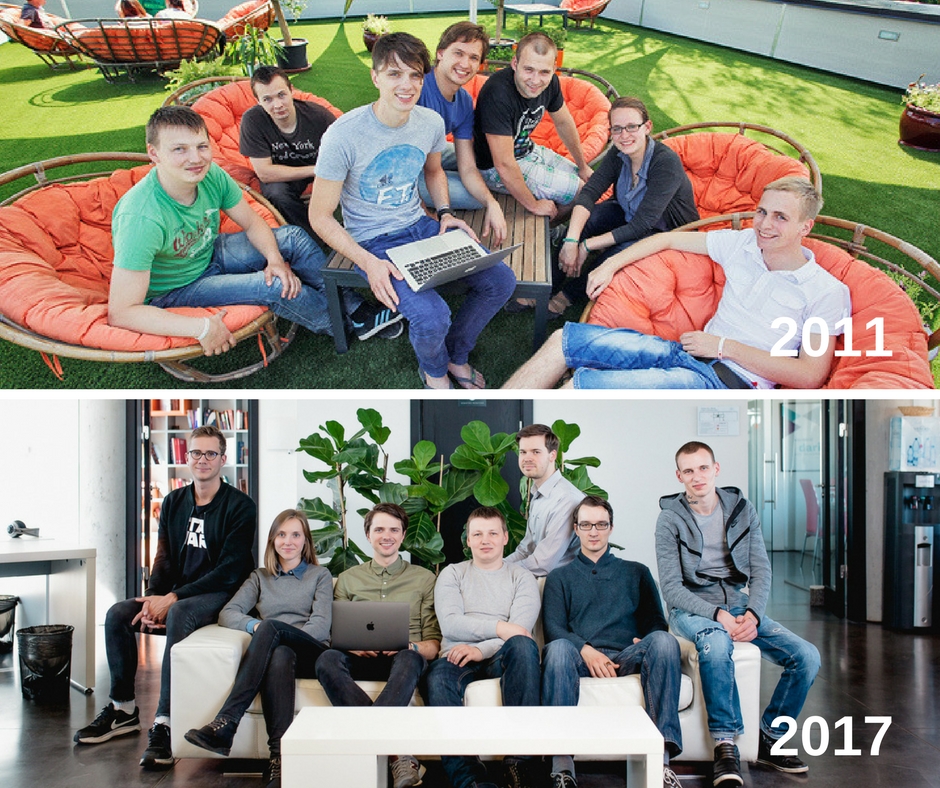 And while the team has greatly changed over time, there’s one person who’s working for DeskTime since the day one. His name is Mikus, and he’s a programmer.

After spending 5 years in the pharmacy business and a year managing a startup, called SportSnaps, Artis Rozentals joins the DeskTime team and becomes its CEO.

Six years later, Artis is still running the company. Today, he’s not only the CEO of DeskTime, but also the most awesome dad of his baby daughter and a guy with a tough and challenging hobby – mountain biking. 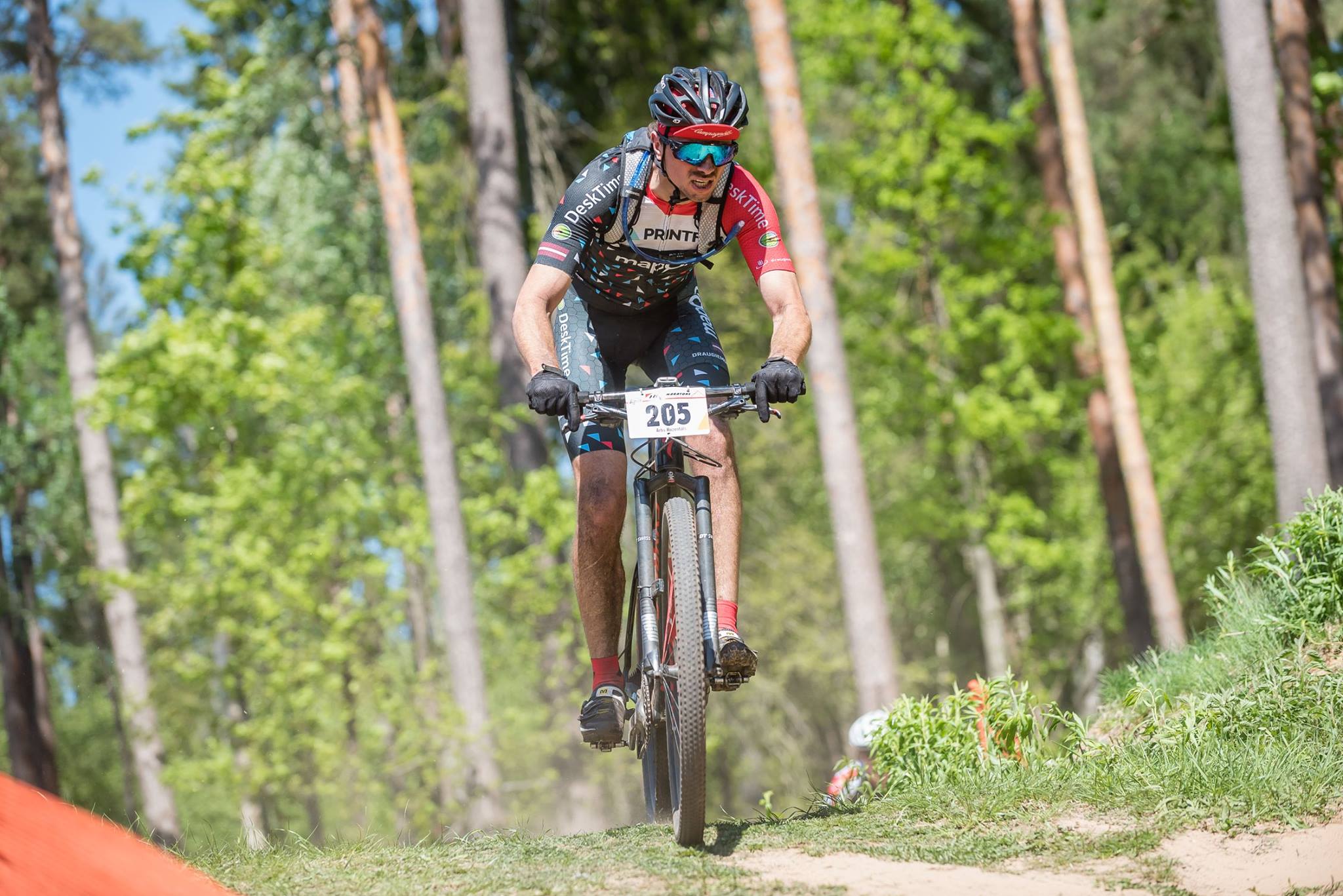 January 2012: Meeting our most loyal customer

A USA based company 121 USA LLC signs up and becomes DeskTime’s customer in January 2012.

This fact is worth mentioning because the team of 63 people is still using the app, which makes it our most loyal customer:

121 USA has been with DeskTime for 5 years and 7 months, as of the day of writing this post.

During the last six years, over 6000 other companies have joined DeskTime. On average, the teams are around 20 people, and mostly come from Europe.

Though, our biggest customer come from across the ocean – the USA based company has 447 people using DeskTime in different departments.

On February 1st, the first article is published on the DeskTime blog. The blog is made as the place to share the latest productivity insights, as well as tips and tricks on how to optimize one’s time.

Here are our most-read blog posts you may want to check out after this one:

In the meantime, DeskTime also gets featured in other world-famous blogs and online media, after releasing a new study that reveals the working habits of the most productive people.

The best known are Mashable, The Washington Post, Lifehacker, Inc, but there are many more.

October 2012: DeskTime gets an update

From now on, users can track their projects and tasks with the Projects feature, create and download Reports, and track their Offline time – read: log the time they’ve spent away from the computer.

The new version also has a fresh, user-friendly design and better visualization of the tracked data.

June 2016: Introducing DeskTime as we know it today

A few years later, after the launch of DeskTime V2, the app gets another update and becomes the software as we know it now.

Another set of much requested features are added, including the Absence calendar and Colleagues. The new features let teams better organize their time off and store colleagues’ contact information in one place.

Today, Colleagues is one of the most used features – here’s the full top 5: 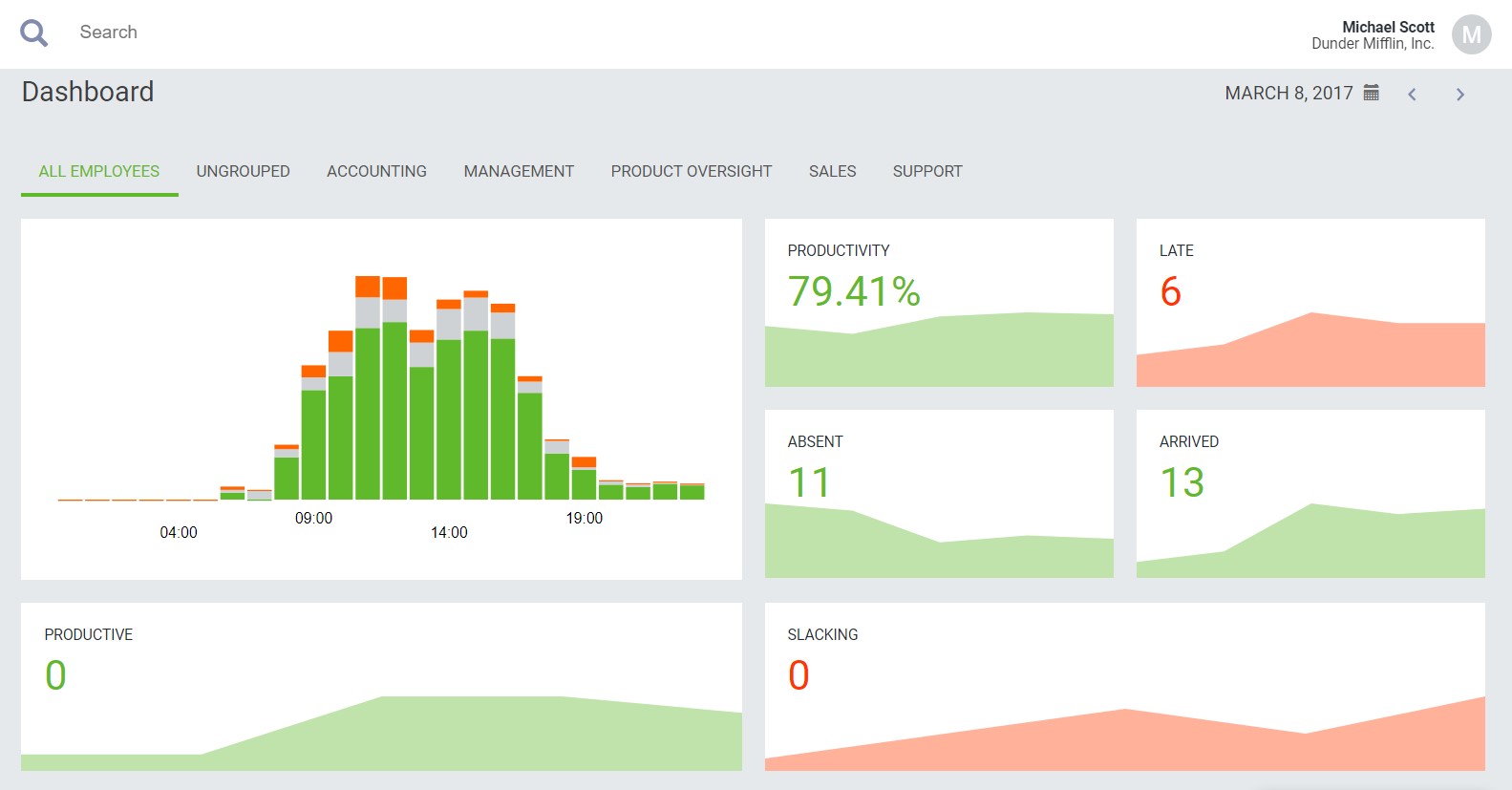 March 2017: DeskTime adds the most requested feature of all time

The new feature lets managers capture employees’ screens in random 15-minutes intervals and that way follow the work in progress. It is mostly used to manage remote teams, where employees are paid by the hour.

While optional and not activated by default, the Screenshots feature is greatly popular.

Since its launch in the beginning of March 2017, DeskTime users have already taken nearly 3 million screenshots.

Today, over 100K people in 98 countries use DeskTime to optimize their work time and get more things done. Which, apparently, works: the stats show that DeskTime users have an average productivity of 80.9%. It means, out of an 8-hour workday, almost 6.5 hours are spent on work-related tasks.

Though, there’s still room to grow. The data also reveals that we have not entirely given up our unproductive habits and keep wasting time at work.

See for yourself – here are the most visited websites at the workplace:

The first 6 years is just the beginning – DeskTime keeps growing and getting better. Here’s what you can expect from us in the foreseen future:

This is it, folks – our most remarkable milestones throughout the last 6 years and a sneak peek into our future plans. Now, we’re looking forward to another great year. And we hope you’ll join us on the ride! 🙂